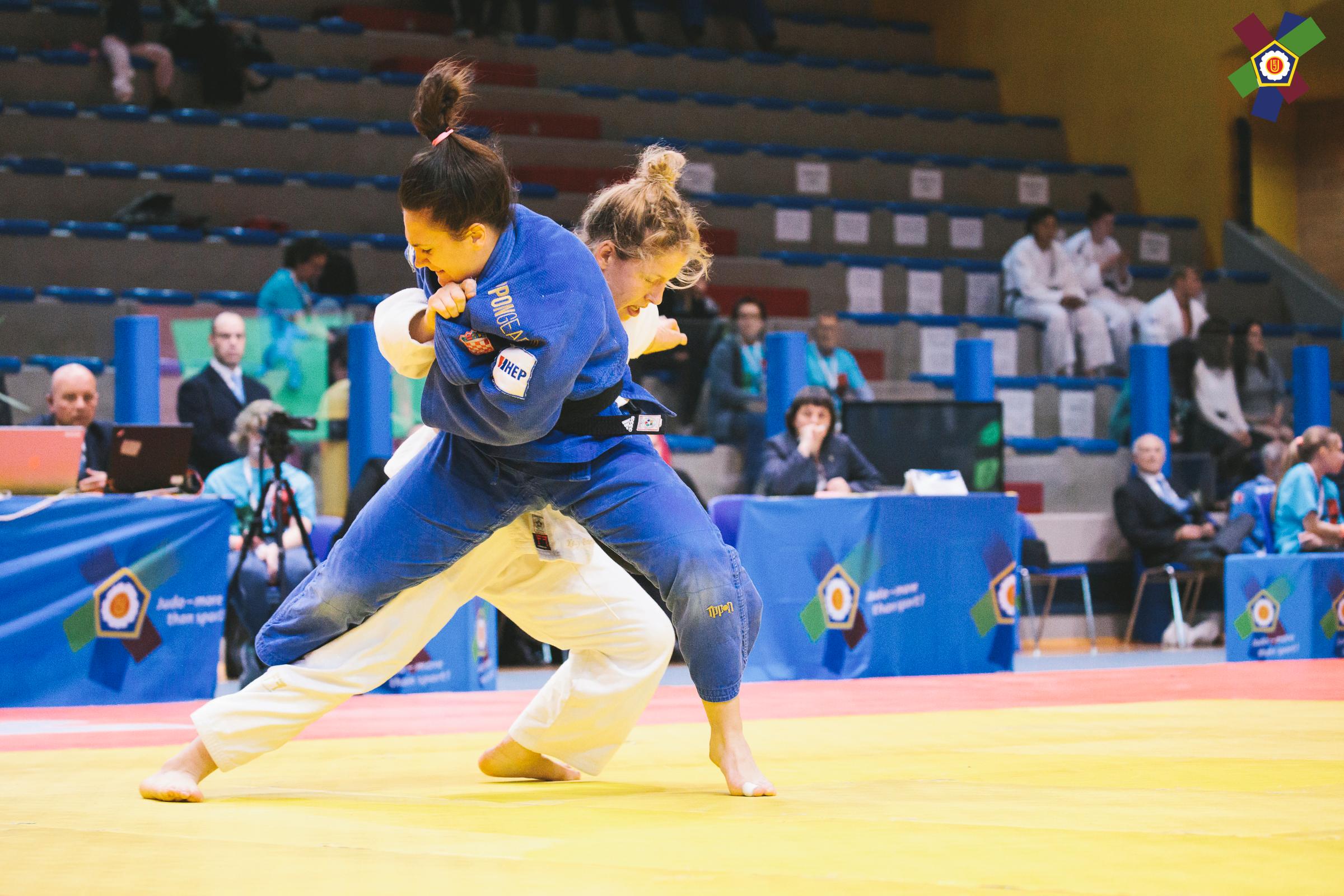 This weekend, the third Junior European cup of the year was held in Lignano, Italy. A total of 604 athletes from 36 different nations were gathered in the Italian town to fight in the traditional European cup. Overall, a very succesful weekend for the athletes of Team Ippon Gear, who picked up a total of eight medals. 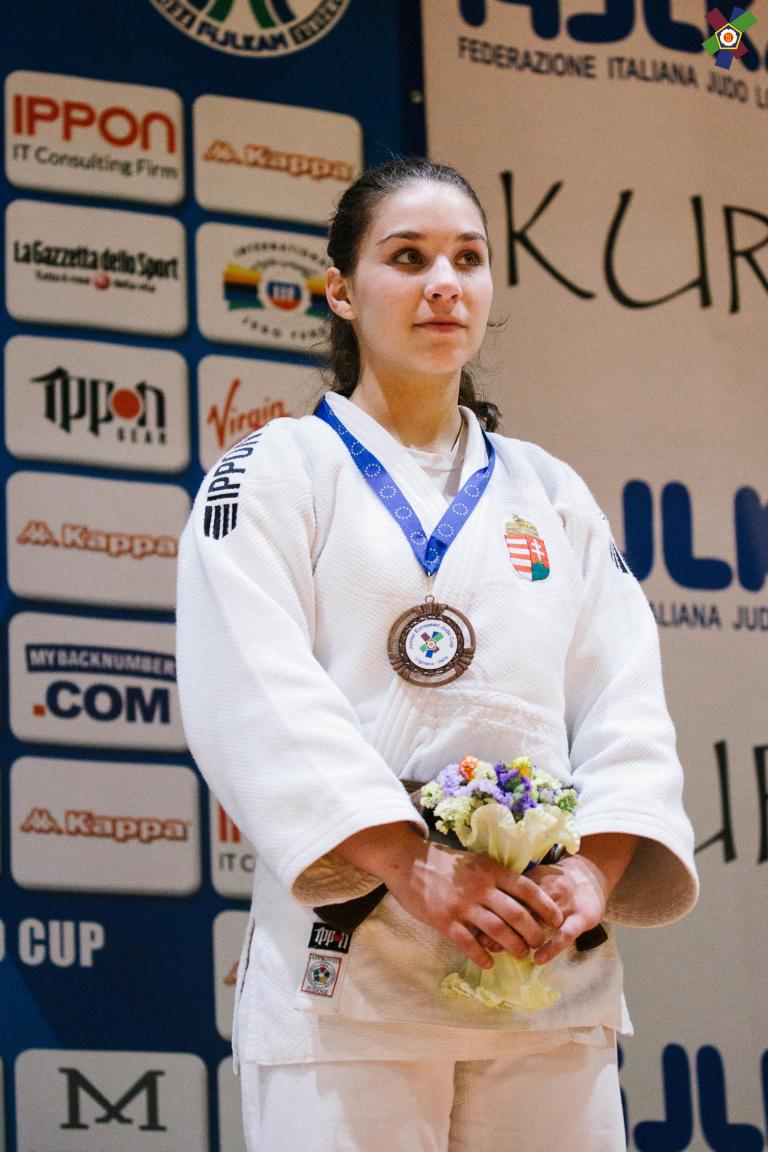 On the first day of competition there was a silver medal for Seija Ballhaus of Germany in the -57 kg category. Ballhaus recently moved up from the -52 kg to the -57 kg category and this weekend she managed to take her first medal in her new category. Ballhaus had a great performance on the day and only narrowly lost out in the final in a very close match, decided in Golden Score. What a performance from the German who proved that even in a higher weight division, she is still someone to look out for.

Ballhaus could share the podium with another Ippon Gear athlete; Andrea Karman of Hungary. Karman as well had a good performance on the day and could be happy about picking up her second Junior European cup medal this season, after finishing with a bronze medal in Athens a couple of weeks ago.

Twin sister of Seija; Macha Ballhaus managed to take a bronze medal in the category under 48 kg. The former Cadet European Champion also had a good performance on the day and made it all the way to the semifinal, where she unfortunately lost out to the later Gold medalist. Afterwards, she came back strongly and captured the bronze medal in style with an ippon win. A great start of the year for Ballhaus, who will sure be one of the top contenders in the -48 kg category this year.

In the category under 63 kg, a bronze medal went to Szofi Ozbas of Hungary. Ozbas lost out to the later silver medalist in the first round but fought back in the repechage, where she won all her matches in convincing style. The Youth Olympic Champion can be happy about a good performance as well as having picked up her first ever Junior European Judo Cup medal - We are sure this will not be the last one!

In the same category Croatian Katarina Kristo also picked up a bronze medal. Kristo, who is only seventeen years of age won a silver medal in the Cadet European Judo Cup in Follonica a couple of weeks ago and this weekend she could win her first Junior European Judo Cup medal. A great result from this youngster who we sure will see more of in the future. 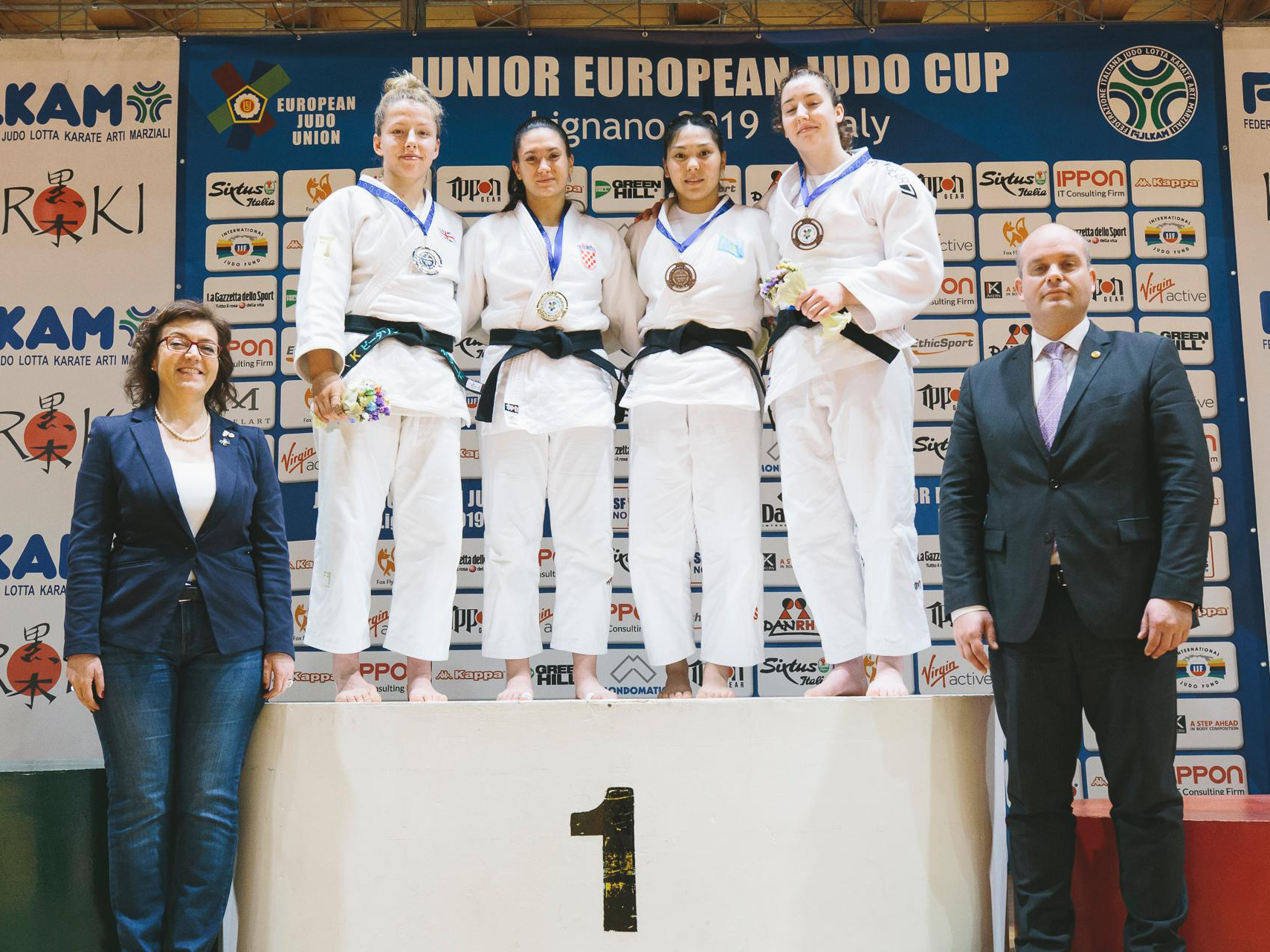 In the -66 kg category, Hungary could celebrate another medal, as Bence Pongracz picked up a good bronze medal. Pongracz managed to take himself to the semifinal but unfortunately lost out. In the fight for bronze he faced his team mate Botond Szeredas who as well had a good performance but narrowly missed out on a podium spot and had to settle for a 5th. place. A good job by both of the two Hungarians!

On the second day of action we saw an amazing performance from Lara Kliba of Croatia. Kliba had a great day and powered through all competition to take a convincing win in the category under 70 kg to raise the flag for Croatia. Kliba previously won two Cadet European Judo Cups but this was her first gold medal in the Junior division and as well in the -70 kg category. Kliba has a strong role model at home in this division - 14 times IJF World Tour medalist Barbara Matic won the European Junior Judo Cup in Lignano in 2011. 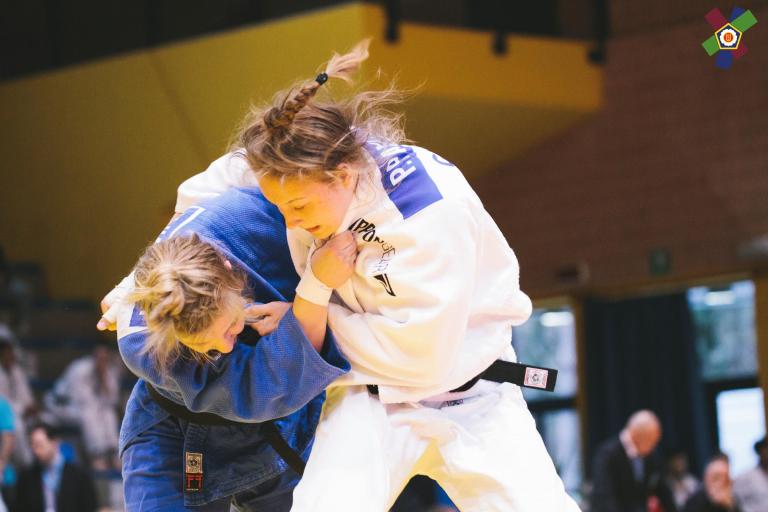 In the category under 78 kg, Croatia had another finalist; Patrunjela Pavic. Pavic, as well, had a good performance on the day and managed to take herself into her first ever final at a Junior European Cup. Pavic won a bronze medal in the Junior European Cup in Coimbra last month, but this time upgraded to a silver medal.

The Croatian women’s team is traditionally very strong, which they proved once again this weekend by taking three medals.

In the category under 81 kg, Gergely Nerpel of Hungary, just missed out on a medal ending his day with a 5th place.

Nerpel was very successful in the Cadet division in the weight category under 73 kg last year and this weekend was only his second time fighting both a weight- and an age division up. A good start for the young Hungarian who we sure will see on the podium on a Junior European Cup as well!

Roland Goz, also from Hungary as well had to settle for a 5th place in the -81 kg category but did, as his team mate Nerpel show good judo throughout the day. Goz already picked up a high number of Junior European Cup medals and will sure be on the run for the medals in the next competitions.

Congratulations to our athletes on a lot of good performances this weekend in this second Junior event of the year. For the Junior athletes, the next European cup will be held in Kaunas, Lithuania next month - We will of cause be covering all action from Lithuania, stay tuned.