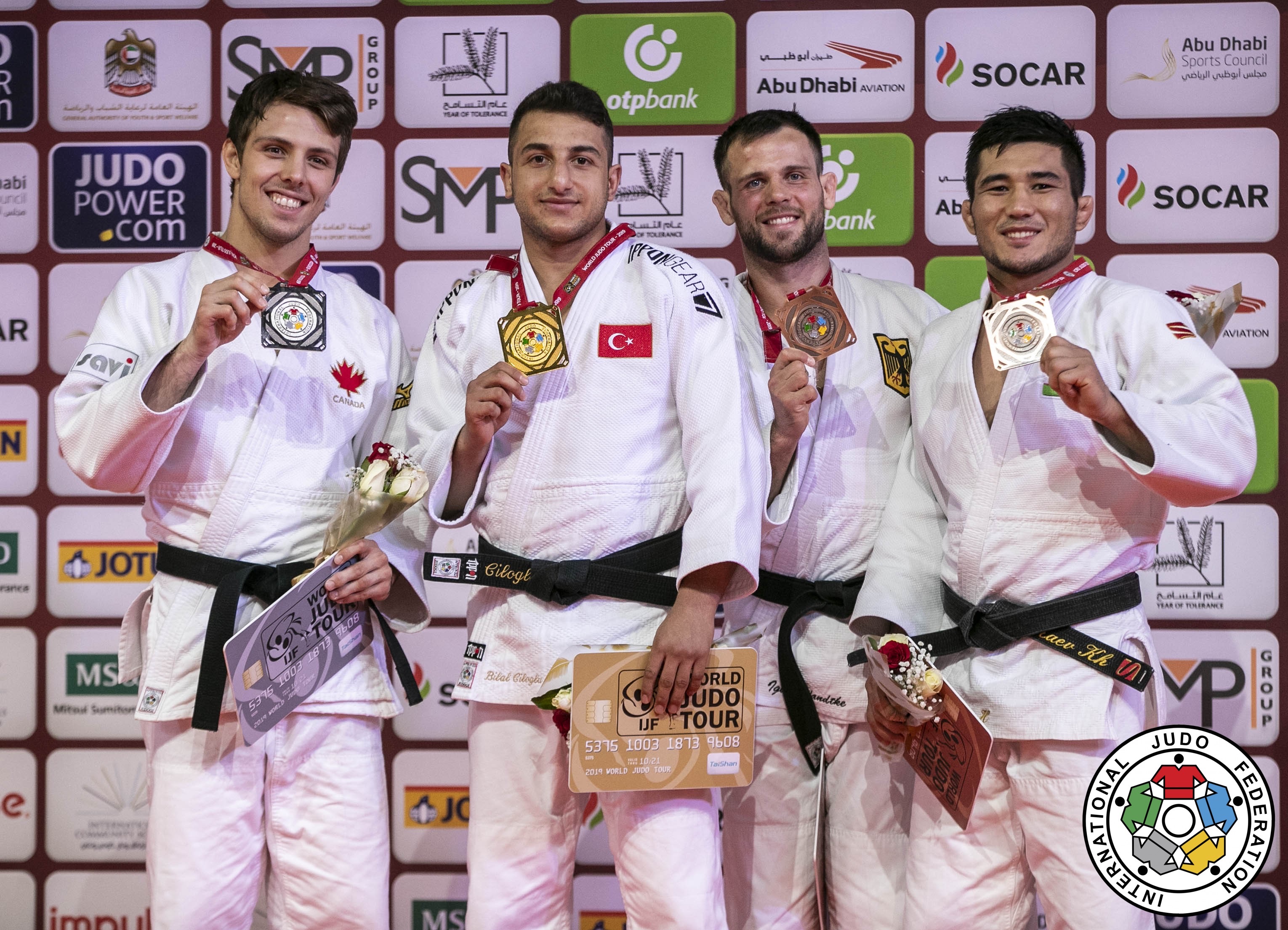 This weekend, the IJF World Tour moved to the United Arab Emirates for the traditional Abu Dhabi Judo Grand Sam, where 553 athletes from 95 different nations were battling it out for glory and important Olympic qualification points. Also, a high number of IPPON GEAR athletes made their way to the Emirates, where two athletes managed to win a medal.

First and foremost, Bilal Ciloglu claimed the victory in the category under 73 kg. Ciloglu had an amazing day and wasted no time on his way to the final, winning all of his matches by IPPON. Also, in the final, Ciloglu managed to show some great judo, which secured him his first ever gold medal on the IJF World Tour, which was also the first every IJF Grand Slam Gold for Turkey! We are sure, that this is not the last time, that we will see the former Junior World Champion on top of a Grand Slam podium.

In the -70 kg category, we saw Michaela Polleres of Austria pick up a bronze medal. The Austrian powerhouse is a real IPPON chaser and this time was no different - Michi managed to show powerful judo throughout the whole day to retain her bronze medal from last year’s edition of the Abu Dhabi Judo Grand Slam.

In the same category, Barbara Matic of Croatia, narrowly missed out on a place on the podium and finished her day with a 5th place. Matic looked very strong and managed to take out the freshly crowned World Champion Marie-Eve Gahie of France in the preliminaries with a stunning IPPON. In the end of the day, Croatia’s darling had to settle for a 5th place, but what a performance we saw from her - The best is yet to come!

Also, Krisztian Toth of Hungary ended with a 5th place after a strong performance. Toth was pushing through some hard matches in the preliminary rounds but managed to get all the way to the semifinal stage. Here, he unfortunately lost out and was not to come back in the bronze medal match - Nevertheless, still a very strong performance from the Hungarian legend.

Furthermore, two athletes; Hedvig Karakas -57 kg and Frigyes Szabo of -73 kg, both from Hungary, ended their day with a 7th place.

Congratulations to Bilal and Michi for picking up medals at this strongly attended event and as well, to the rest of the team for some strong performances. Next stop for our athletes will be the Oceania open in Perth, Australia - Stay tuned.