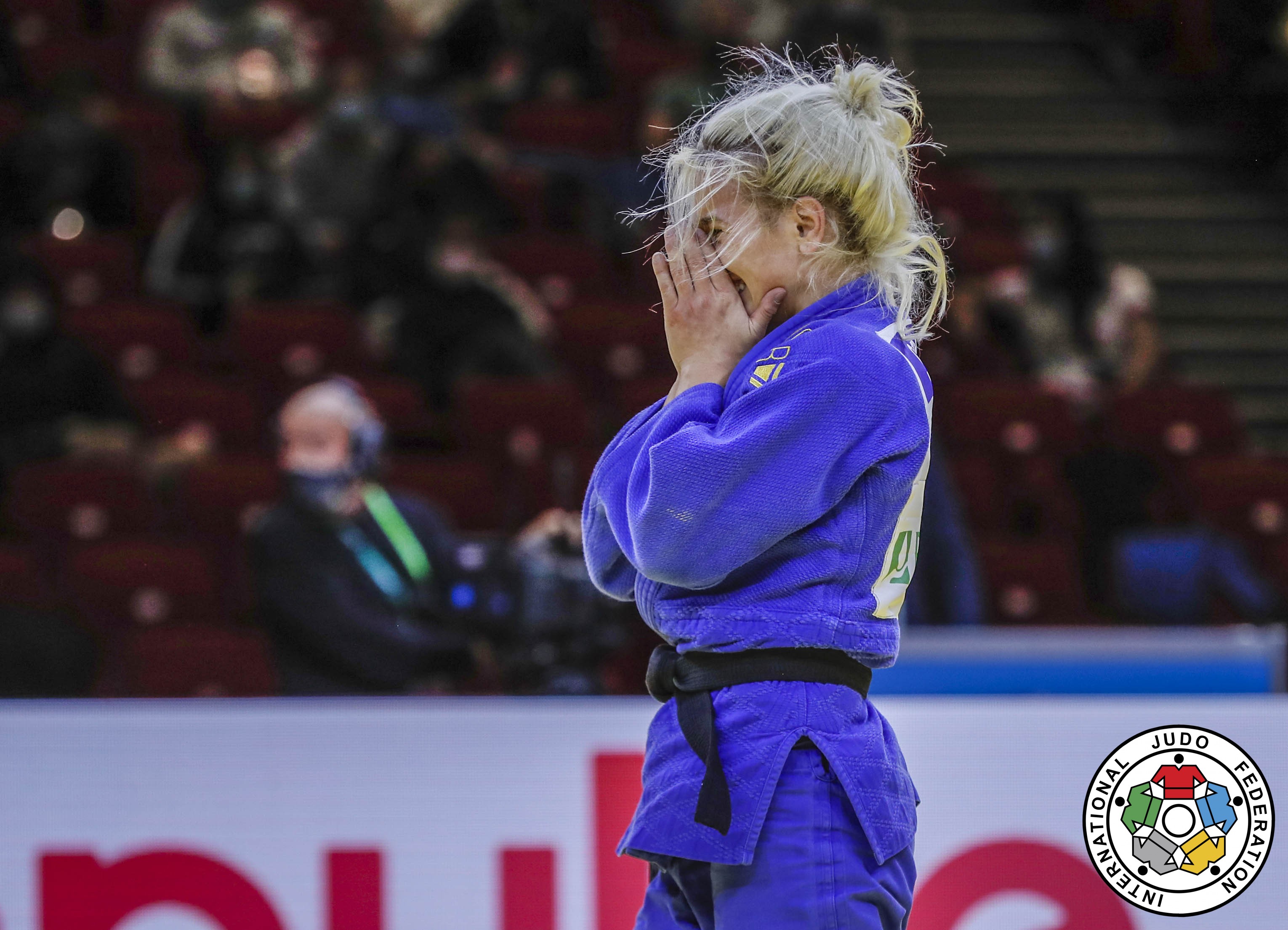 The Junior European Championship in Porec last week was one of the first judo competitions during the Corona pandemic. Because of the long abstinence all judoka were eager to fight and were fully motivated to step back on the competition mat. It was only after some successful test runs that the championship could finally start on Wednesday, November 4th.

The 356 athletes from 37 nations wanted to fight as regularly as possible in this pandemic period. To ensure this, a total of 600 COVID-19 tests were taken upfront, to ensure safety amongst the athletes. 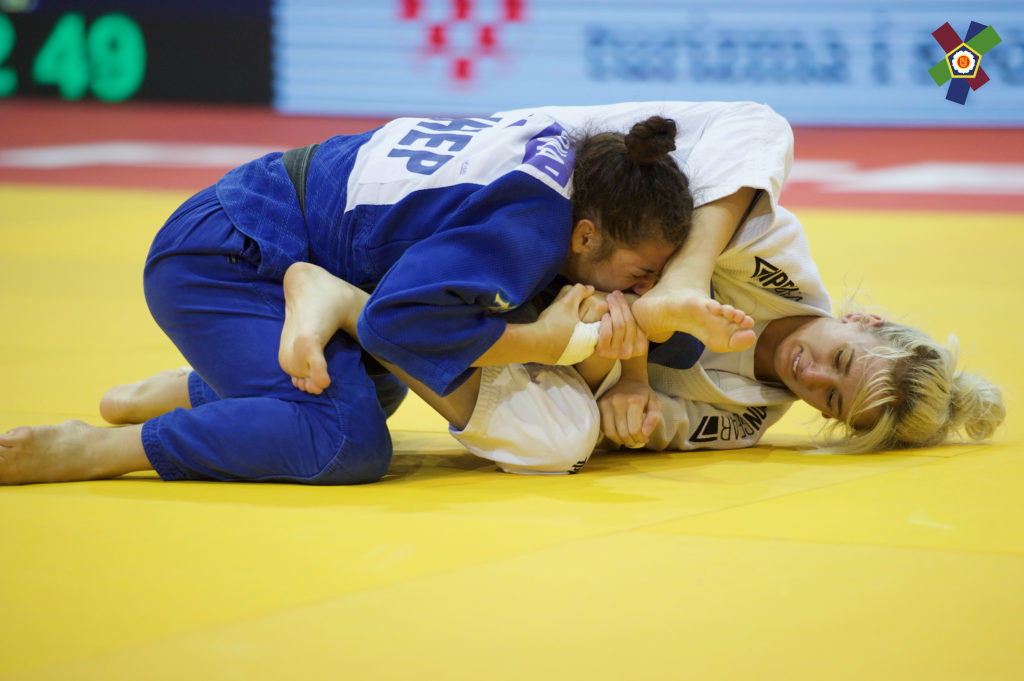 Day 1 of the championship was already very successful for our IPPON GEAR athletes. In the weight category -48 kg, the Serbian hopeful Andrea Stojadinov won her gold medal to finish her Junior career in perfect style. Andrea has proven already that she ready to enter the senior level, winning gold at the last years U23 Europeans or the Senior Grand Slam in Budapest, just a few weeks ago.

In the same category, Jacqueline Springer, also an IPPON GEAR athlete, made into the bronze medal fight. Unfortunately, the Austrian had to admit a defeat in the Golden Score to Portuguese Raquel Brito but took an excellent fifth place.

At the women's -52 kg category IPPON GEAR won 2 medals. Naomi van Krevel from the Netherlands made it to the final, but had to leave the top spot to the new European Junior Champion Faiza Mokdar. A great silver medal, Naomi! 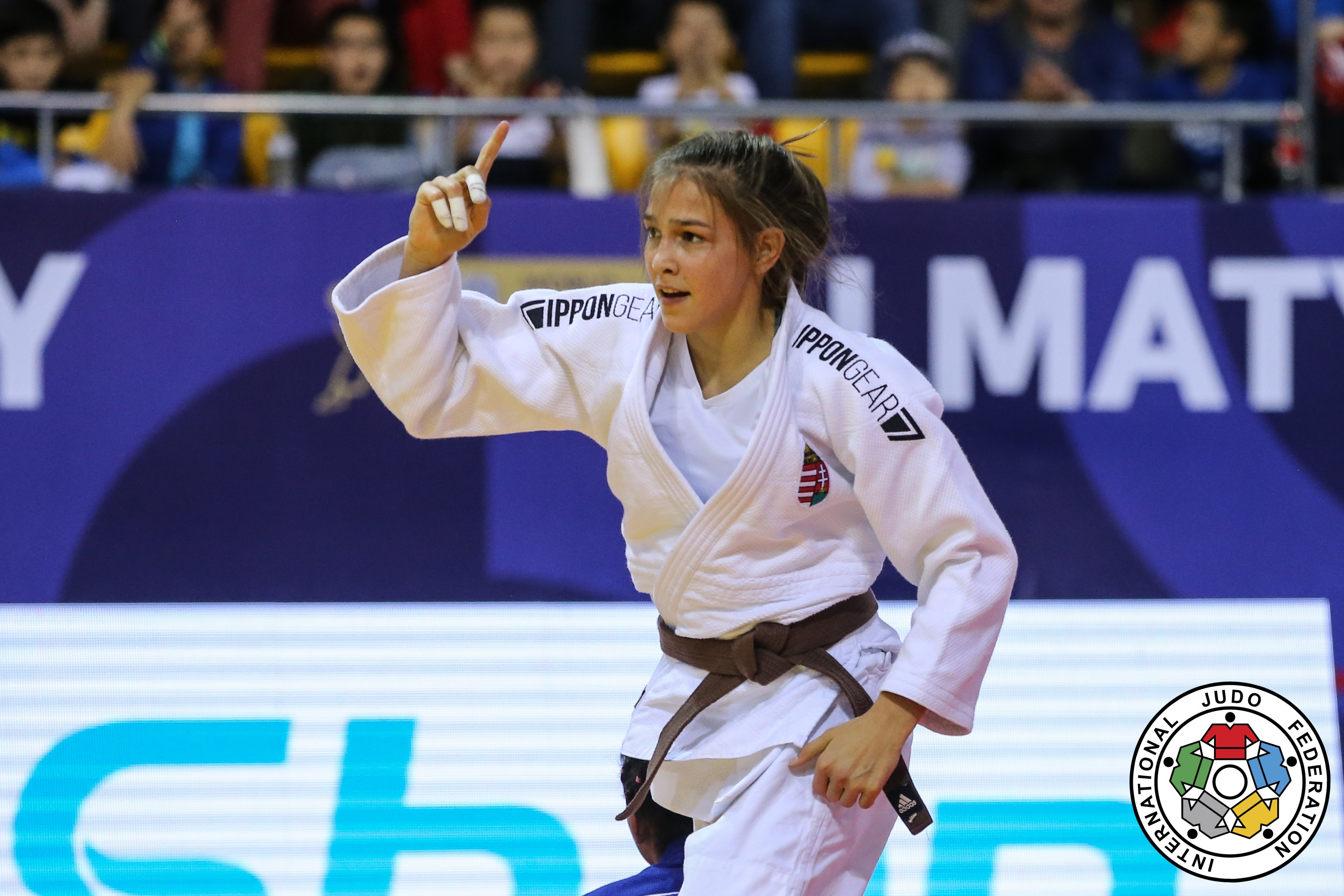 Happy to say that the third place went to Ana Viktorija Puljiz. The Croatian talent performed very well on the mat and won bronze in her home country. Despite the new weight class, the multiple cadet medal winner should was almost unstoppale. We are looking forward to your further fights, Ana! And of course, we also congratulate the fifth placed Anna Kriza, -52kg!

Daniel Szegedi from Hungary, who beat Ivo Verhorstert in the fight for bronze in the junior class U66kg, achieved another podium place for the IPPON GEAR team. Also, the performance of the Estonian, Viljar Lipard with his 5th place should not remain unmentioned. Good job, Guys! The second day of the Junior European Championships in Porec looked very promising for our IPPON GEAR Team. Our athletes were all very well prepared and ready to fight. Especially the brilliant performance of Renata Zachova, -63 kg, who already won a medal at the Grand Prix Tel Aviv earlier this year, should be emphasized. During the whole competition the Czech fought on a constantly high level and therefore it was not surprising that she beat Laura Fazliu in the final fight for gold. What an achievement! Congratulations, Renata.

In the higher weight category -70 kg two of our IPPON GEAR athletes were happy about their strong performances. Especially the fighting spirit of Joana Crisóstomo should be mentioned here. With the age of 19 she fought hard for silver in Porec. Winning this silver medal proves that the Portuguese athlete can fight right at the top. We are looking forward to seeing more of her soon.

The Austrian Anna-Lena Schluchter unfortunately had to admit a defeat in the fight for bronze against the Israeli Shaked Amihai. Nevertheless, a great performance, Anna-Lena! Daniel Pochop, -73 kg, and Adam Kopecky in the very strong U81 kg category just missed the podium. Next time we will surely see you on the podium again, boys!

The final day resulted in another full medal set for the IPPON GEAR team. The Hungarian judoka Peter Safrany won the fight for 3rd place in the weight class -90 kg against his Israeli opponent Guy Gurevitch. Well done, Peter! The highlight of the last day for the IPPON GEAR team was the gold medal of heavyweight Richard Sipocz, +100 kg. He won the final against Yevheniy Balyevskyy and was therefore allowed to climb to the top of the podium. His 5th European Gold medal already! The future is yours Richard!

Silver was clinched by Kim Hooi from the Netherlands, -78 kg. Throughout the whole competition, the Dutch Judoka performed outstandingly. Before she could enter the final, she had to prove herself in a challenging fight against Habi Magassa. In the end she won with a Waza ari.

Unfortunately, Helena Vukovic could not beat her rival for bronze in the +78 kg category and took home a fifth place. Next time, we will see you at the top of the podium again, Helena!

Another exciting championship came to an end. While the COVID-19 virus continues to chase us, the judo world is trying to make a piece of normality possible under necessary hygiene measures. Huge congrats to our partner, the Croatian Judo Federation, for an outstanding contribution to our sport. And, we have to underline how proud we are of the performances of our Judokas. We are looking forward to support our IPPON GEAR team at the European Senior Championship in Prague, from 19. – 21. November, again!