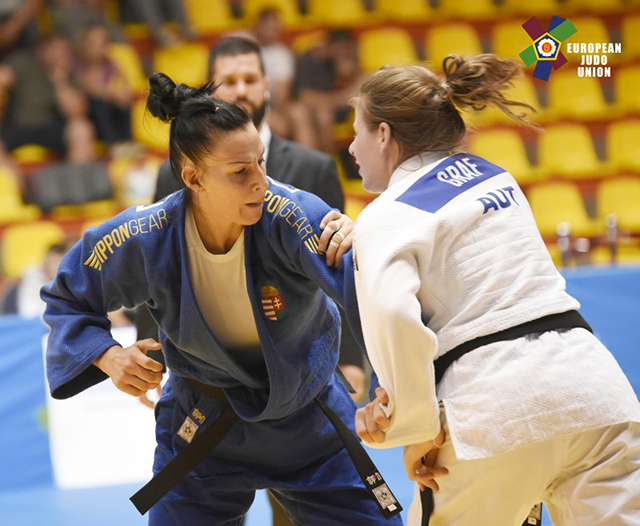 This week, another senior European Judo Cup was taking place. This time in the capital of Slovakia, Bratislava. For many athletes it was the final test on the way to the World Championships. For one athlete, it was more than that. 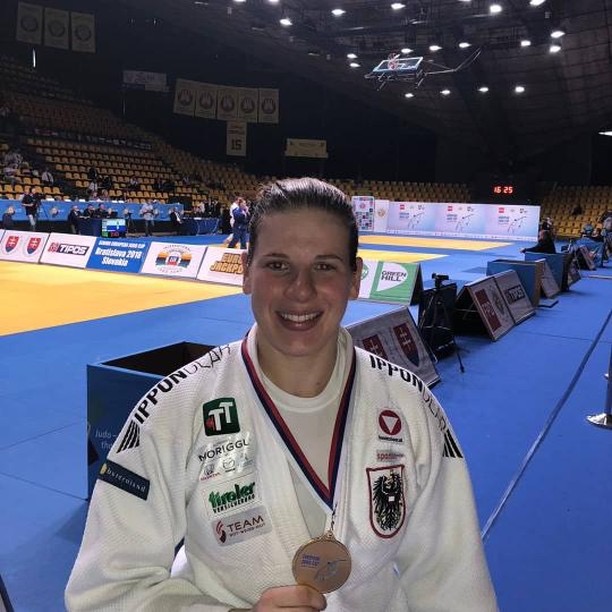 The top story this weekend was the comeback of Austrian Bernadette Graf. “Berni” had been away from competition due to an injury for 10 months, but in the end of the day, she could find herself on top of the podium, in the category under 78 kg.

The Austrian has previously been very succesful in the category under 70 kg, where her successor Michaela Polleres now has taken over. Graf successfully stepped up to the category under 78 kg by winning both the European Open in Bucharest and the Hohot Grand Prix last year. Topping the podium this weekend means that all of Graf’s 3 medals in the -78 kg category were golden.

In the final this weekend, she defeated another IPPONGEAR athlete, Anett Meszaros from Hungary. 31 years old Meszaros is a 4 times World medalist, but has been out of competition since 2015. As well as Graf, she previously fought in the category under 70 kg, but this weekend she made her way to the podium in a new category.

THE WEEKEND OF COMEBACKS 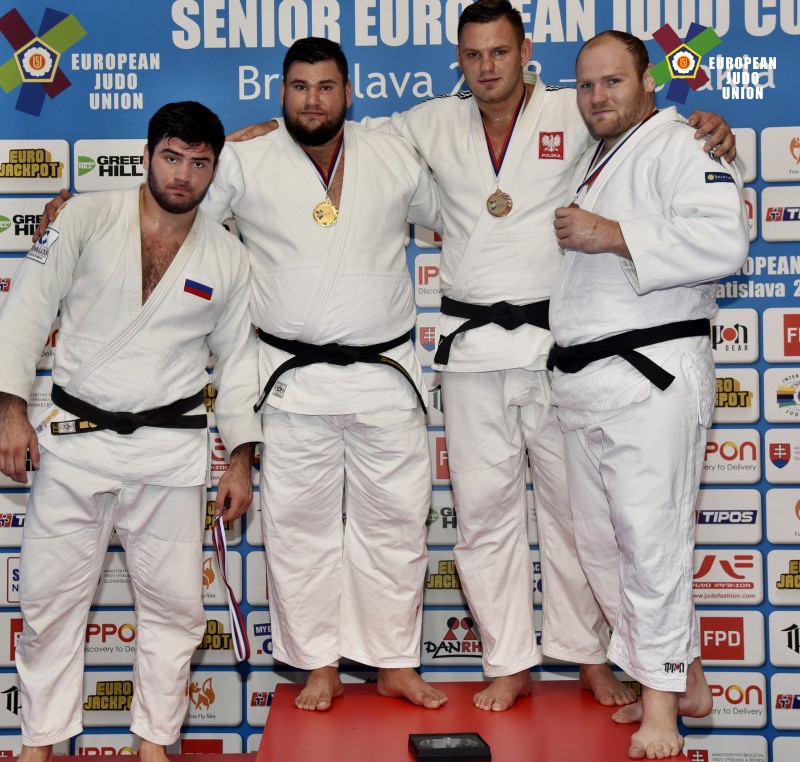 It was not only these two girls who made a comeback this weekend. Also, another Austrian Olympian could find his way back to the podium after a long absence. Heavyweight Daniel Allerstorfer ended up taking a bronze medal in the +100 kg category.

Further, a 7th place went to Croatian Ivan Covic in the same category.

Overall, the Austrian athletes made a strong effort this weekend by collecting 5 medals as well as 2 7th places. The team ended up as number 4 on the overall medal ranking. 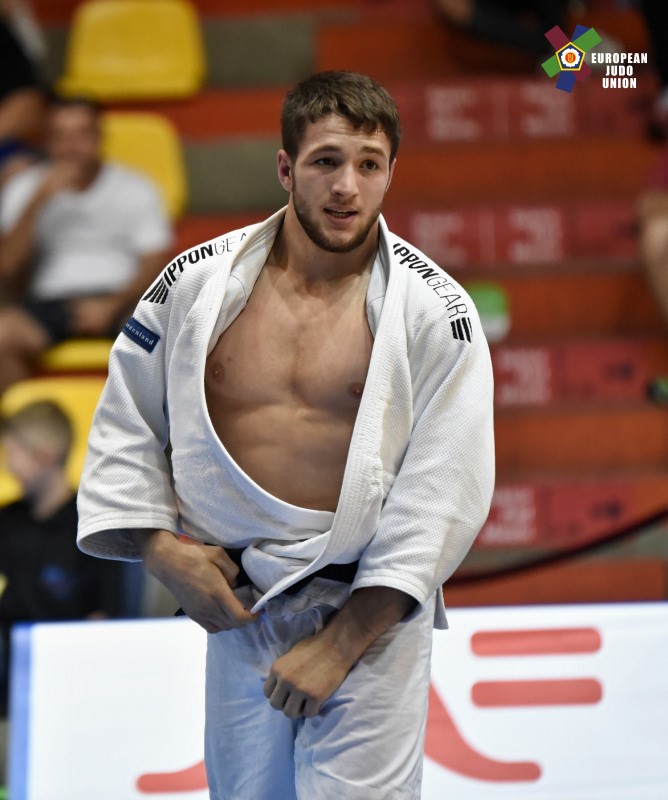 Light weight Katharina Tanzer (-48 kg) collected her first European Open medal a couple of weeks ago in Minsk and continued her roll with a silver medal in Bratislava after a close final.

In the category under 63 kg, a silver medal went to Susanne Lechner, who could find herself in a European Cup final, for the first time every. She already collected a couple of junior European Cup medals but this medal was her first in the senior division.

In the same category, Croatian Ana Kokeza made it to the final block as well but narrowly missed out on a spot on the podium and had to settle for a 5th place. 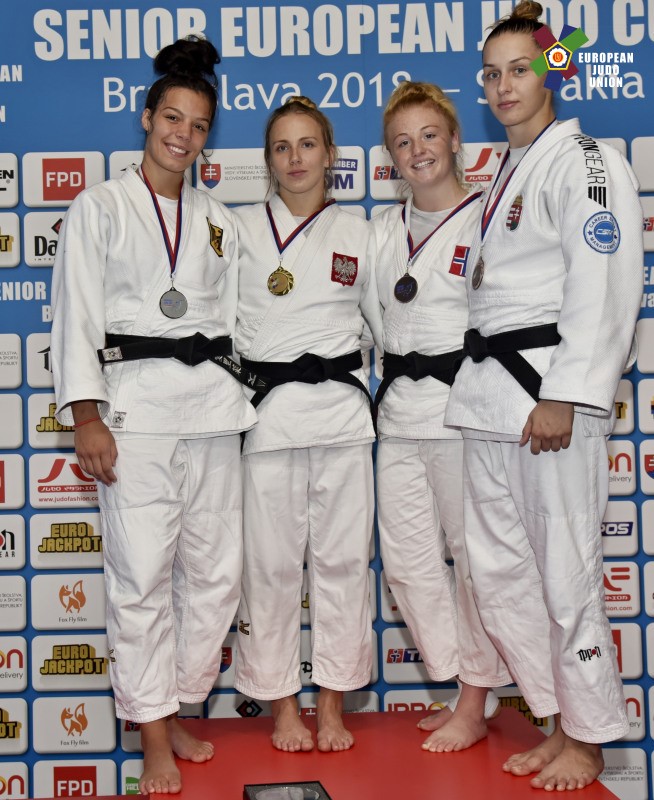 Also the Hungarian team had several athletes taking top-7 finishes this weekend. On the first day of action, there was a 5th place for Fanni Kopasz. The young Hungarian made it to the semi final in the category under 52 kg but had to leave the venue empty handed. But there is more to come for sure of the young Hungarian.

On the second day, we first and foremost saw the comeback of Anett Meszaros but also Emese Karpati managed to take a silver medal in the +78 kg category. In this category, Kity Nagy reached the final block, but had a settle for a 5th place.

In the category under 70 kg, a bronze medal went to Szabina Gercsak. In the bronze medal match she could beat team mate Renata Lorinc. Same category, the two 7th places went to the Hungarian girls Sara Balogh and Eniko Gergacz

In the women’s +78 kg category, Karpati of Hungary may have been the one to stand in the final, but also there was a strong effort from Croatia’s Katharina Lucija Vukovic, who came away with a bronze medal.

In this division, there were also a 5th place for Zrinka Miocic and a 7th place for Tina Radic, both from Croatia.

READY FOR A HOT SEPTEMBER?

In 2 weeks, the European Championships for juniors will take place in Sofia, Bulgaria. 1 week later, we will witness the clash of the titons at the Senior World Championships in Baku.

Who is your favourite to take the titles, who are up for grabs? Stay tuned as we will cover all events in the IPPON MAG.