This week marked the end of the Olympic Qualification period as the last competition before the Tokyo Olympic Games was held in Budapest, Hungary: The World Judo Championships 2021

What a tournament! We are still catching our breath after an incredibly successful week. A total of 9 IPPON GEAR athletes picked up a medal at this year’s World Judo Championships and out of those, 3 athletes managed to capture a World title and will be travelling to Tokyo wearing the red back patch.

Matthias Casse made history for Belgium when he clinched the World title in the -81 kg. category becoming the first ever male World Champion for his country. Casse is one of the most consistent athletes in his category and despite being only 24 years of age, the Belgian already has several big titles to his name; European Champion, Masters Champion, Paris Grand Slam gold medalist, Vice World Champion and now: World Champion. Just four years ago, Casse won the Junior World Championships and now he is Senior World Champion. Talking about a fast transition. Coming to the Olympic Games with the red back patch just shows what we already knew: Matthias Casse is a top contender for the Olympic title.

Anna-Maria Wagner of Germany is the new World Champion in the category under 78 kg as the first German woman to clinch the World title in 28 years. Wagner is as well one of the most consistent athletes in her category and just in 2021, she already won two Grand Slam gold medals. The tall German is always a contender for the top spot at the podium and will on to watch in Tokyo. 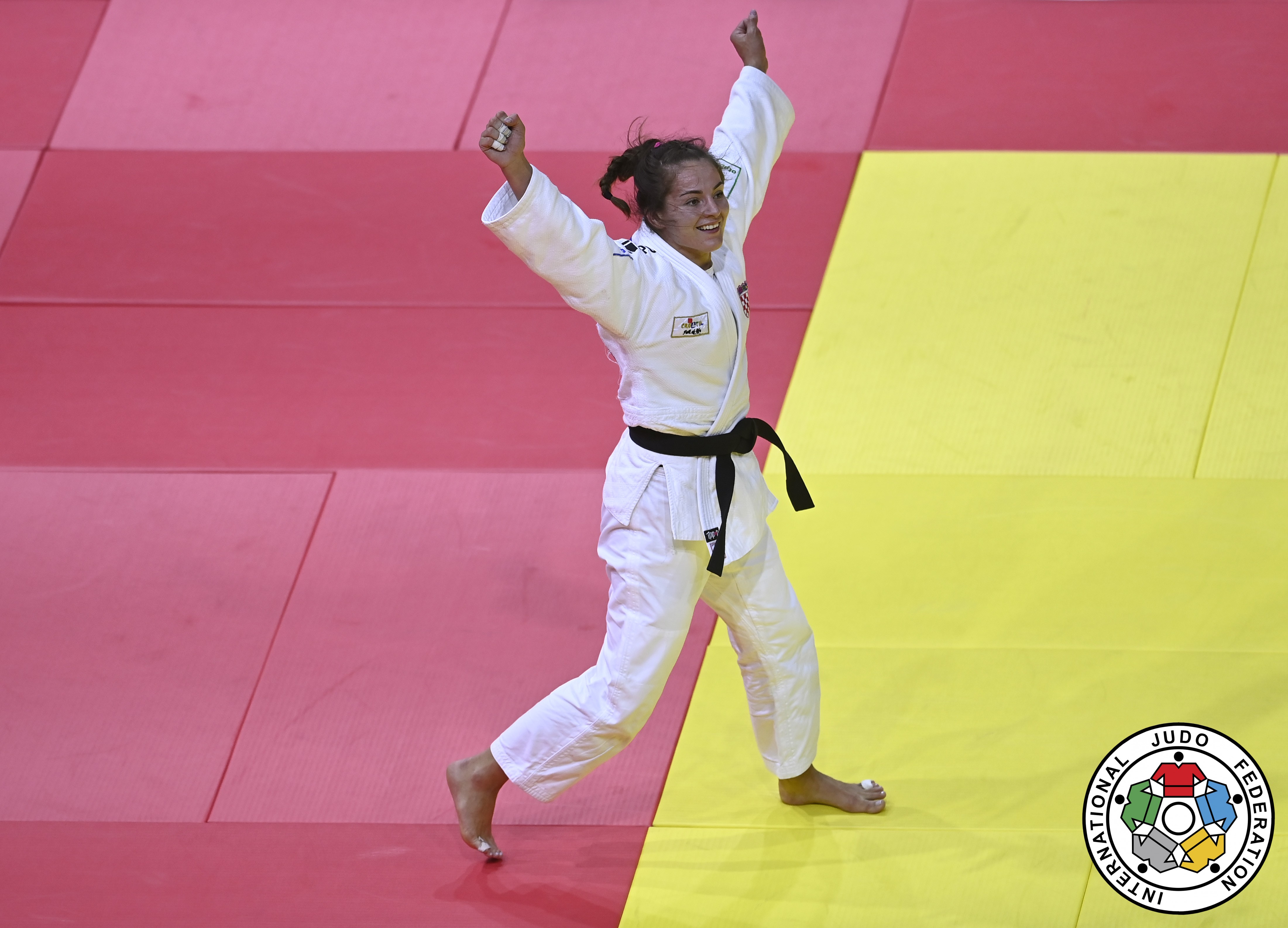 The first Croatian Cadet European Champion, the first Junior European Champion and the first Junior World Champion, even twice. Barbara Matic is the undisputed queen of Croatian judo and has been making history for her country repeatedly since the age of 15. This week, Matic was crowned Champion of the World in the category under 70 kg, another milestone for the Croatian Judo Federation.

Since the reopening of the IJF World Tour, Barbara Matic has been on great form and capturing the World Title confirmed once again she is part of the absolute world class of her category.

Matic could share the podium with not less than two other IPPON GEAR athletes; Sanne Van Dijke of the Netherlands and Michaela Polleres of Austria.

It was very close to be an all IPPON GEAR affair in the final as current European Champion Sanne van Dijke of the Netherlands lost her semi-final in a tight match against Japanes Yoko Ono. But she striked back in the bronze medal fight to secure her first medal at a World Championship. Van Dijke is the newly selected athlete to represent the Netherlands at the Olympic Games after years of battle for the spot against quadruple European Champion Kim Polling. Winning a medal at the World Championships definitely confirms that she was the right pick and we can’t wait to see Sanne aim for glory in Tokyo. 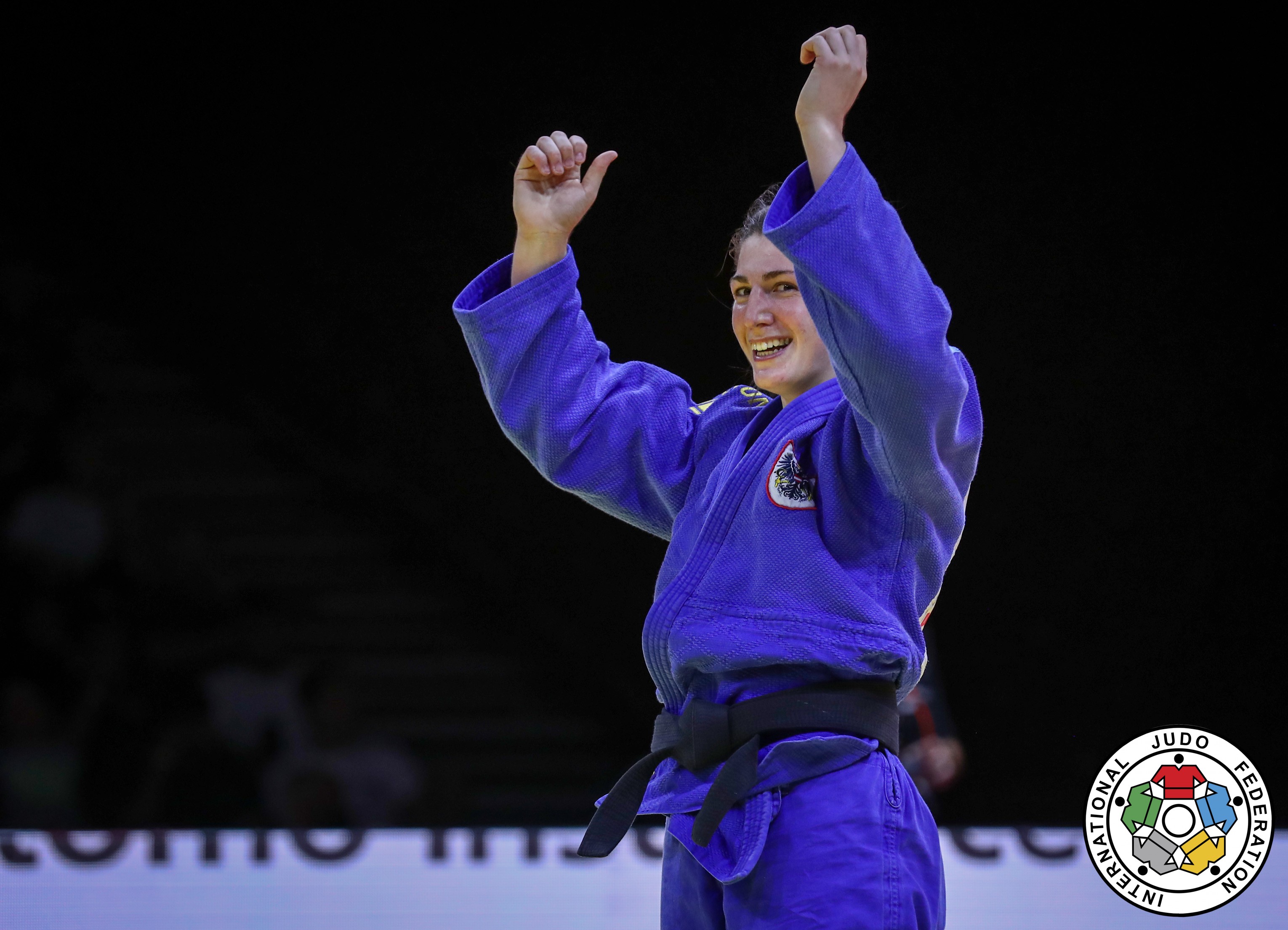 The other bronze medal in this category went to Michaela Polleres of Austria who was also absolutely delighted to come away with her first World medal on senior level, the first World medal for Austria since legend Sabrina Filzmoser won bronze back in 2010. Polleres won her last IJF medal in the Grand Slam in Budapest back in October, so it seems that Budapest is the place to be for the Austrian powerhouse, who as well secured a seeding at the Olympic Games.

The newest addition to the IPPON GEAR team is the Swedish National team and what a debut they had!

Tommy Macias wrote history for Sweden capturing a silver medal in the -73 kg category and became the first ever Swedish male athlete to win a medal at a World Championship. What a performance from Macias, who is known for his innovative judo style, making him a crowd favourite. The former European Champion confirmed that he is on form and will be a top medal contender in Tokyo. 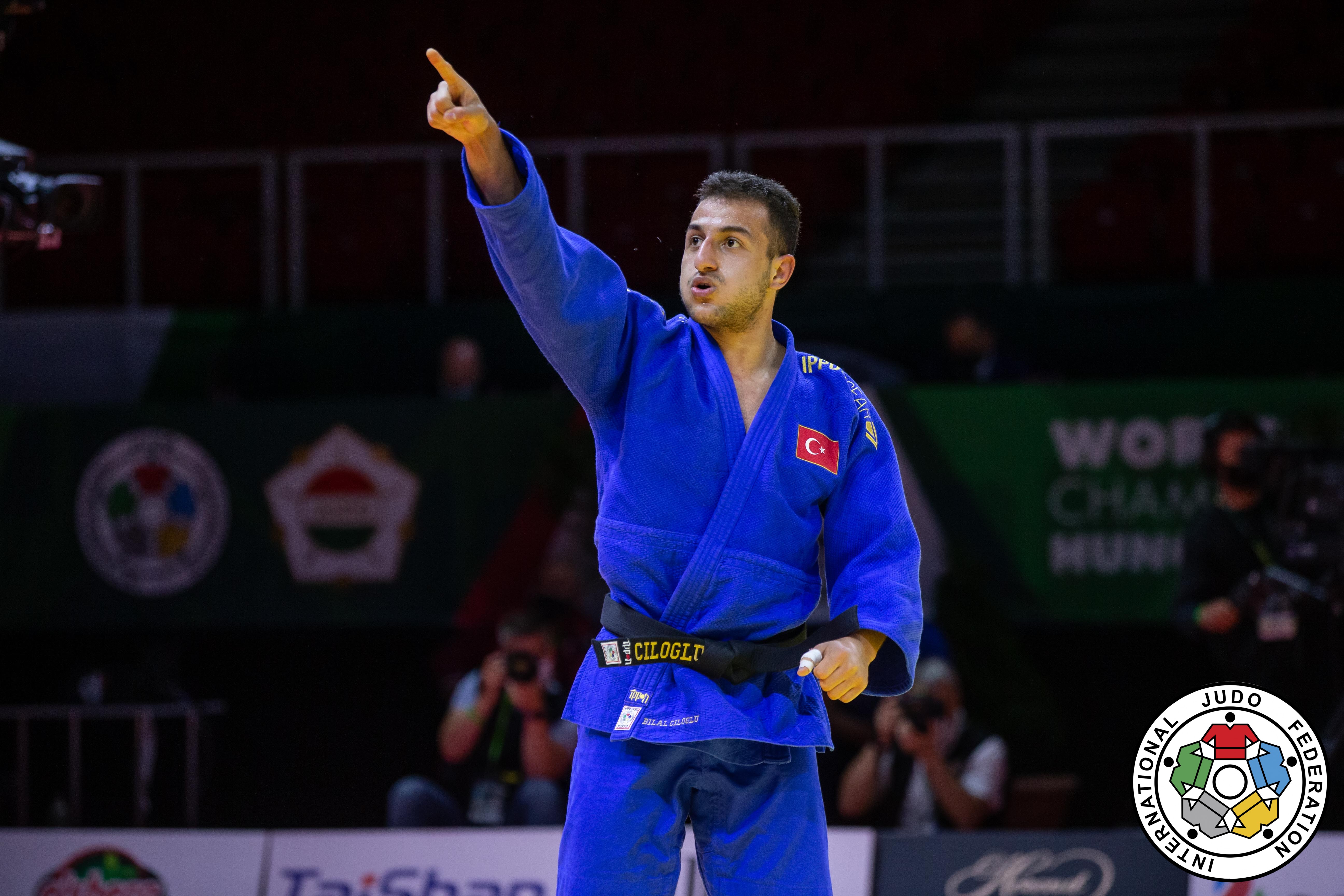 In the same category, Turkey’s Bilal Ciloglu was able to come away with a bronze medal. Ciloglu won his last IJF medal at the Oceanian Open in Perth back in 2019 and was thrilled to be back on the podium and to win his first senior World medal. Bilal is one of the biggest talents out of a strong Turkish judo team. The former Junior World Champion showed his full potential on the big senior stage now and will be one to have on the list for the Olympic Games for sure.

Only two days after Macias’ became Vice World champion, his teammate, another former European Champion Marcus Nyman was able to pick up a bronze medal in the -90 kg category and to make it a fairy-tale story for team Sweden. Nyman narrowly missed out on a medal at the last World championships in Tokyo back in 2019 but this week, he was able to upgrade his 5th place to a podium spot. What a week for team Sweden!

In the same category, Hungarian hero Krisztian Toth gave the home crowd something to cheer for. Toth is always a fan favourite and this week he was able to bring home a bronze medal to the delight of the Hungarian judo fans. Toth has had a terrific 2021 and has only once this year missed out on a medal at the IJF World Tour. The Hungarian is definitely on a roll and will be looking for a top spot at the podium in Tokyo.

Looking at the results this week, proud would be an understatement. We are so happy to be standing behind such great athletes and play a part in their journey to glory.