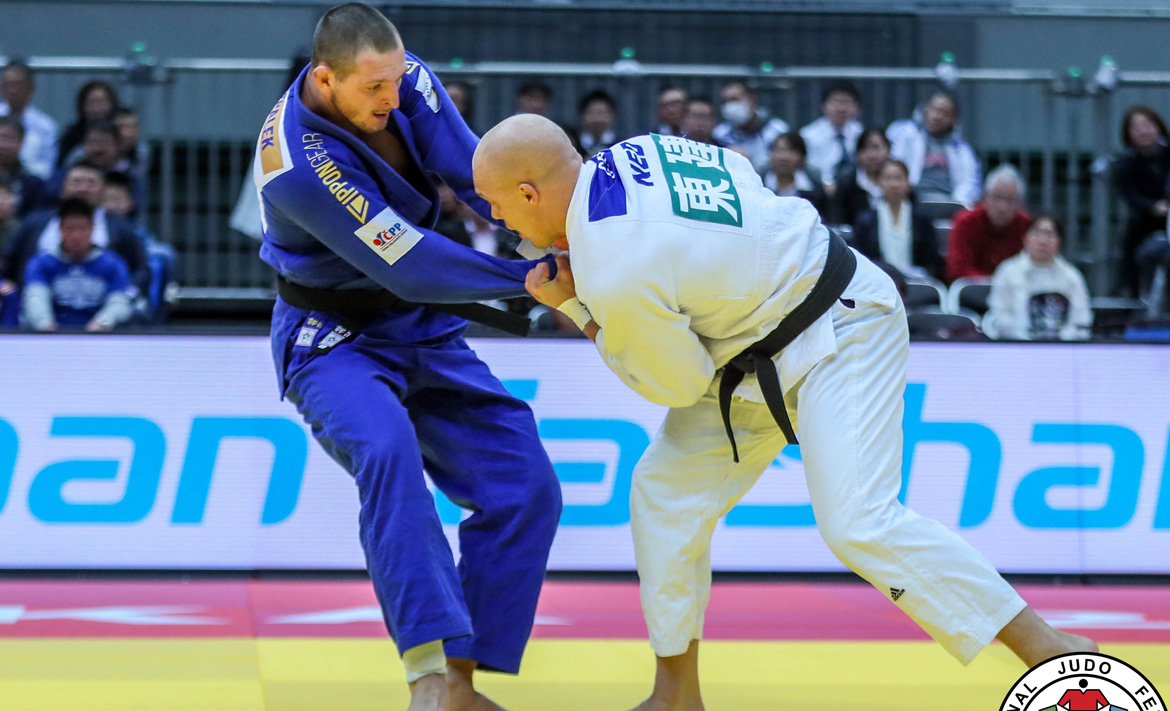 The last IJF Grand Slam of 2018 is now history. As usual, it took place in Japan but this year it had moved from Tokyo to Osaka. 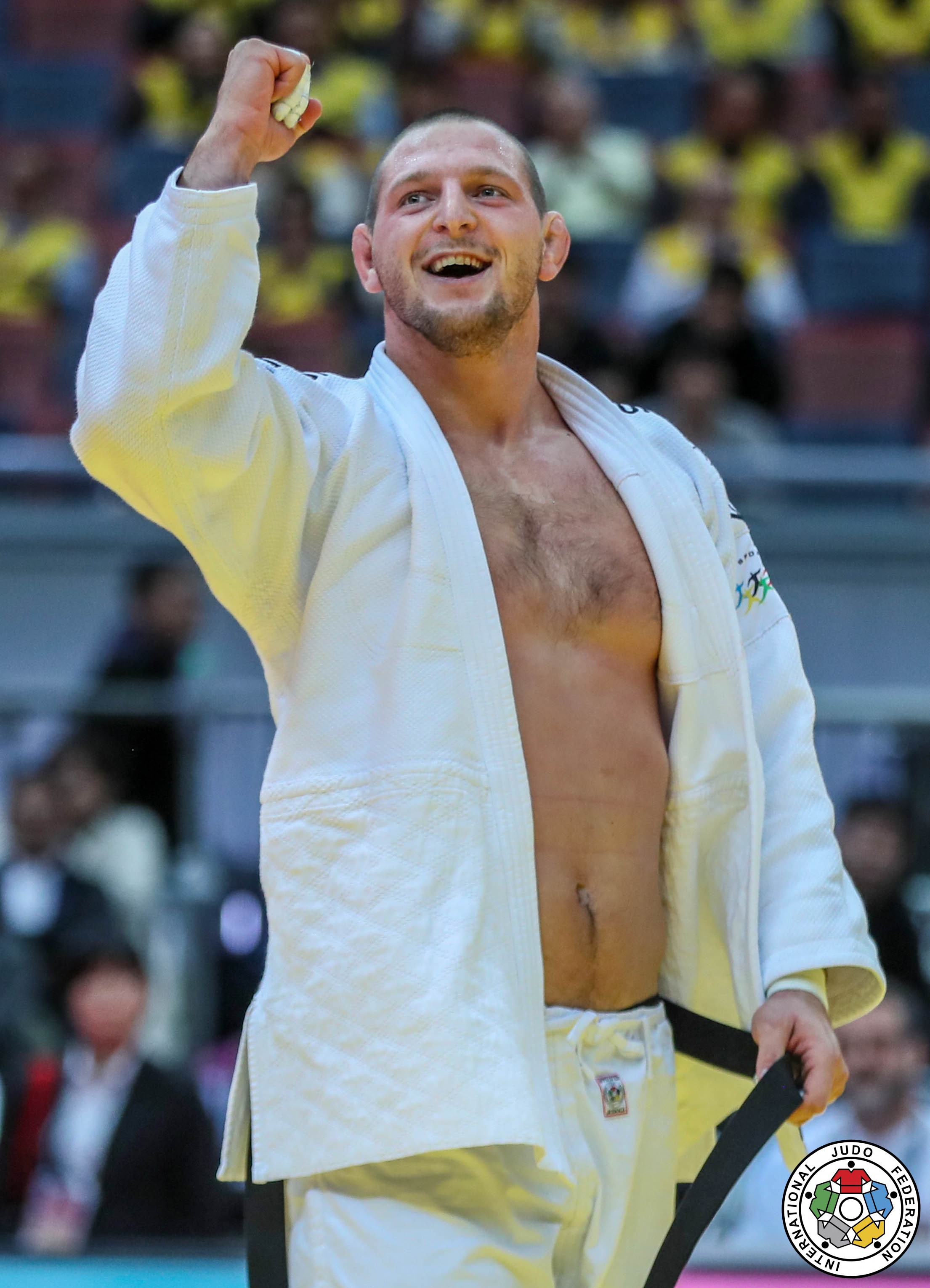 The 2018 World Judo Tour is almost at its end with only one event left as the World Tour goes to China for the World Masters in mid December. The Grand Slam in Osaka is known for being one of the toughest of the year. With Japan as host nation, they are allowed to put in four Japanese in each category which makes it an even bigger victory when you make the podium. The Ippon Gear team sent a smaller delegation to the tournament but still came out with some strong performances.

Lukas Krpalek of the Czech Republic in the +100 kg category managed to reach the final, where he lost out to Henk Grol from the Netherlands and finished with a silver medal. On his way to the final, he had to defeat two Japanese which he did by scoring Ippon on both of them. A strong performance from Krpalek even though it is not the medal he came for. However, he looks to be in good shape for the Masters in three weeks, where we cannot wait to see him shine! 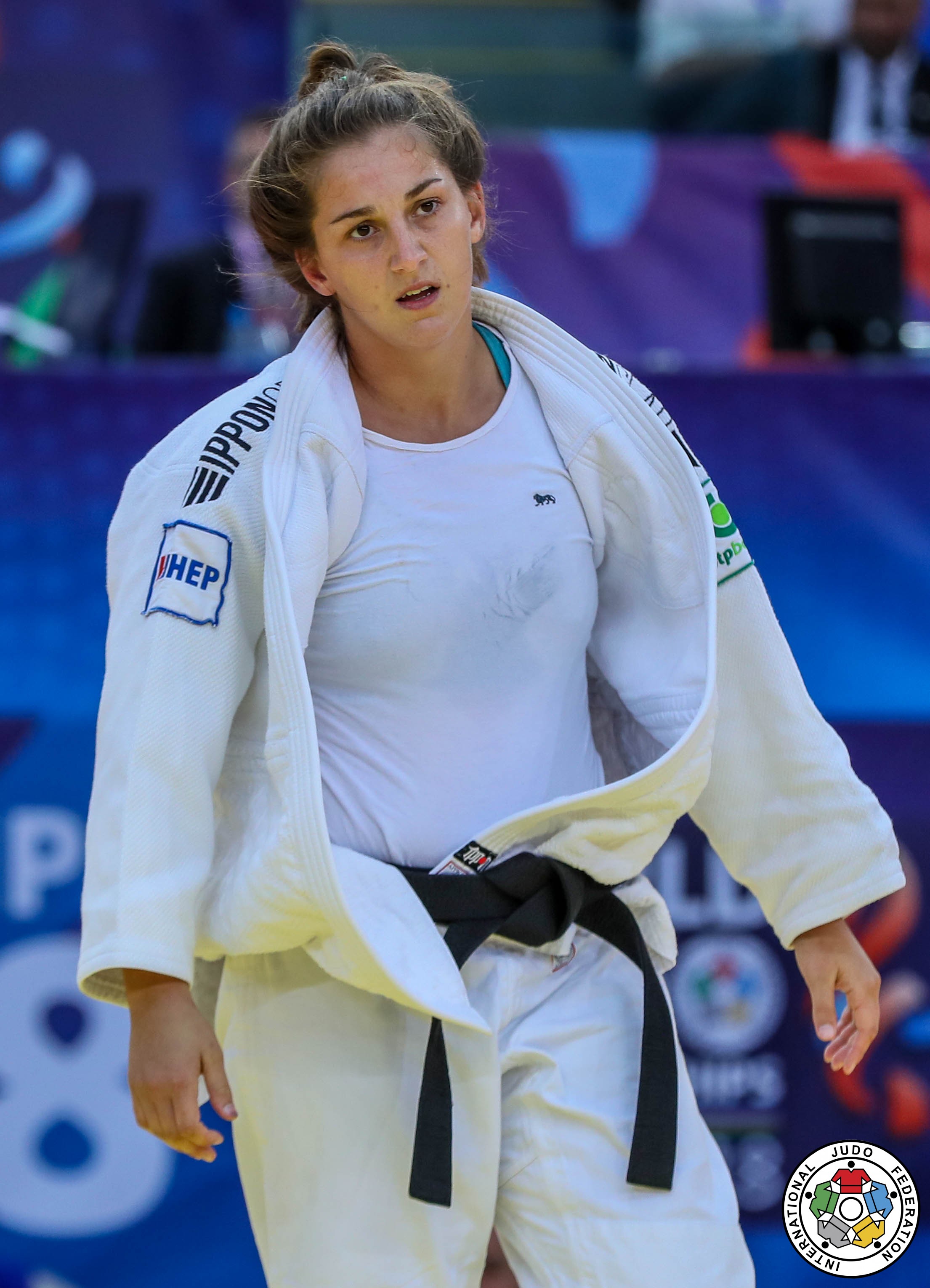 In the +78 kg category, we saw Bosnian World Bronze medalist Larisa Ceric on the mat. She made it to the bronze medal match where she had to go head-to-head with the World Champion of Japan but fell short of the medal and had to settle for a fifth place. But important experience has been gained and a lot of points for the Olympic Ranking.

Also, in the +78 kg, we saw Ivana Maranic reach the top as she finished her competition day on the 7th place. The Croatian multiple IJF World Tour medalist has been there before and we believe that she will be on the podium again very soon. 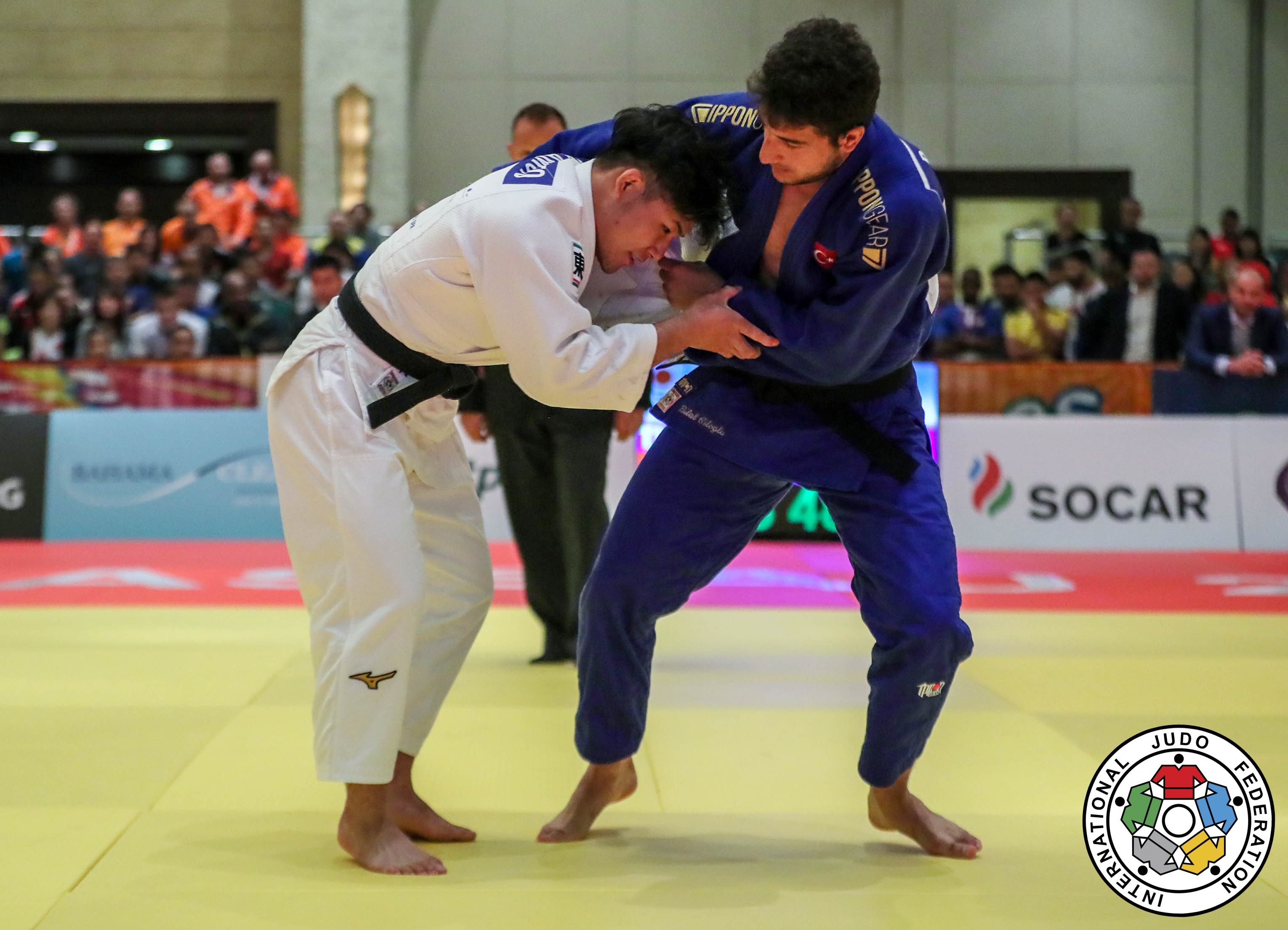 The youngster and World Junior Champion as well as already Senior European medalist, Bilal Ciloglu of Turkey, fought his way to a 7th place at the Grand Slam in -73 kg. The category saw a very strong field of competitors and especially big Japanese names. Bilal once again showed that he is moving upwards in senior and will be a threat for the big names soon.

Another 7th place was for the Czech Republic’s David Klammert. The 2018 Grand Prix medalist has continuously showed himself in the top 7 at many of his last appearances on the World Tour this year and we know that his hard work and fighting spirit will soon turn into another medal. 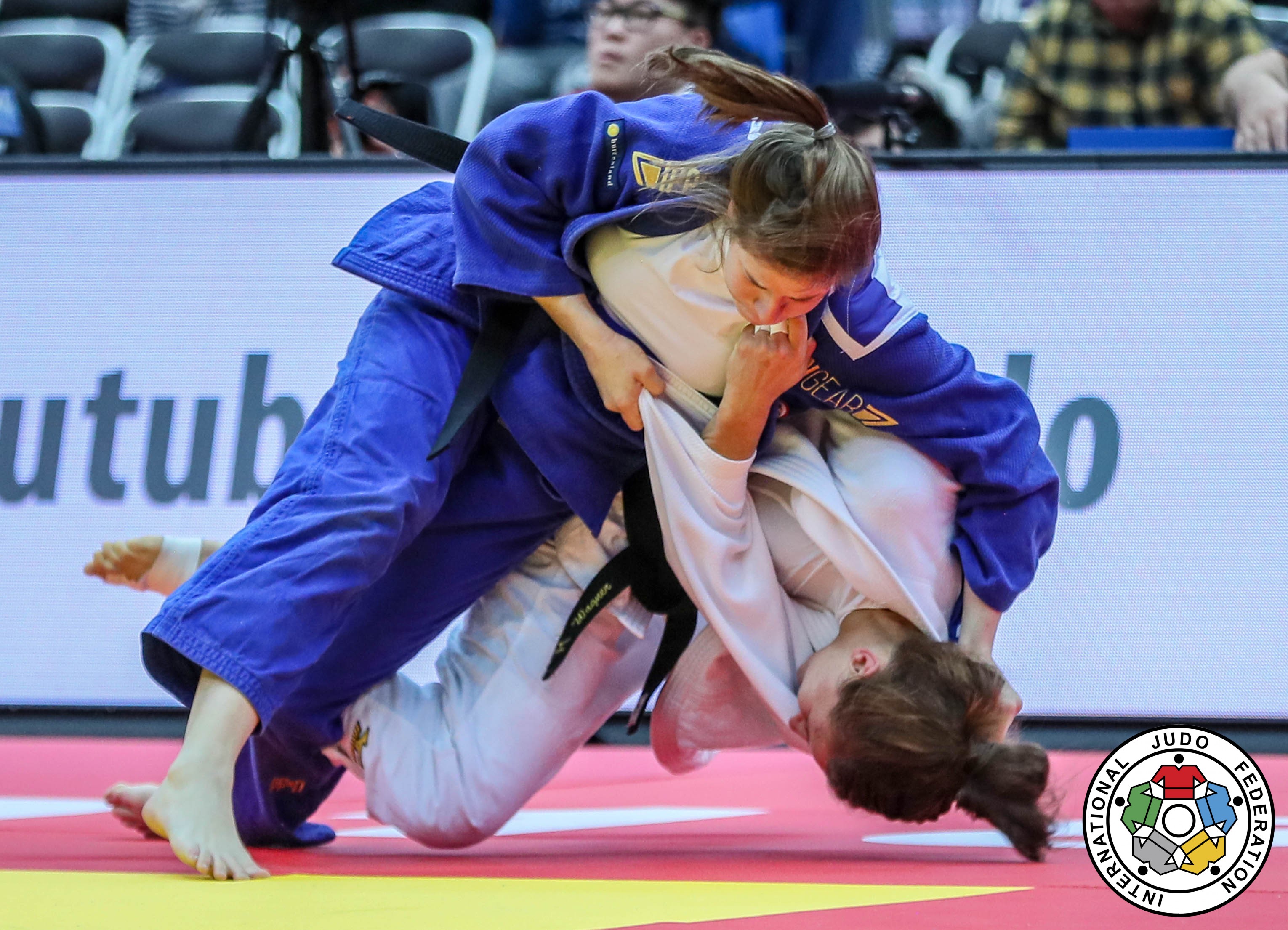 Also, Bernadette Graf in the -78 kg category finished her day with a 7th place. The multiple Grand Prix medal winner from Austria recently moved to -78 kg after an injury and after her 2nd place at the Grand Prix in Tashkent we are sure more medals are coming her way soon.

All in all good performances for the Ippon Gear team at this very strong Grand Slam. Important experience and also really important Olympic Ranking points were gained this weekend.

Now, a training period awaits many athletes where a lot will make use of the possibility of training in Japan. For others, one competition is left: The IJF World Masters where only the top 16 fighters per category are allowed to compete in and even more points are up for grasp.