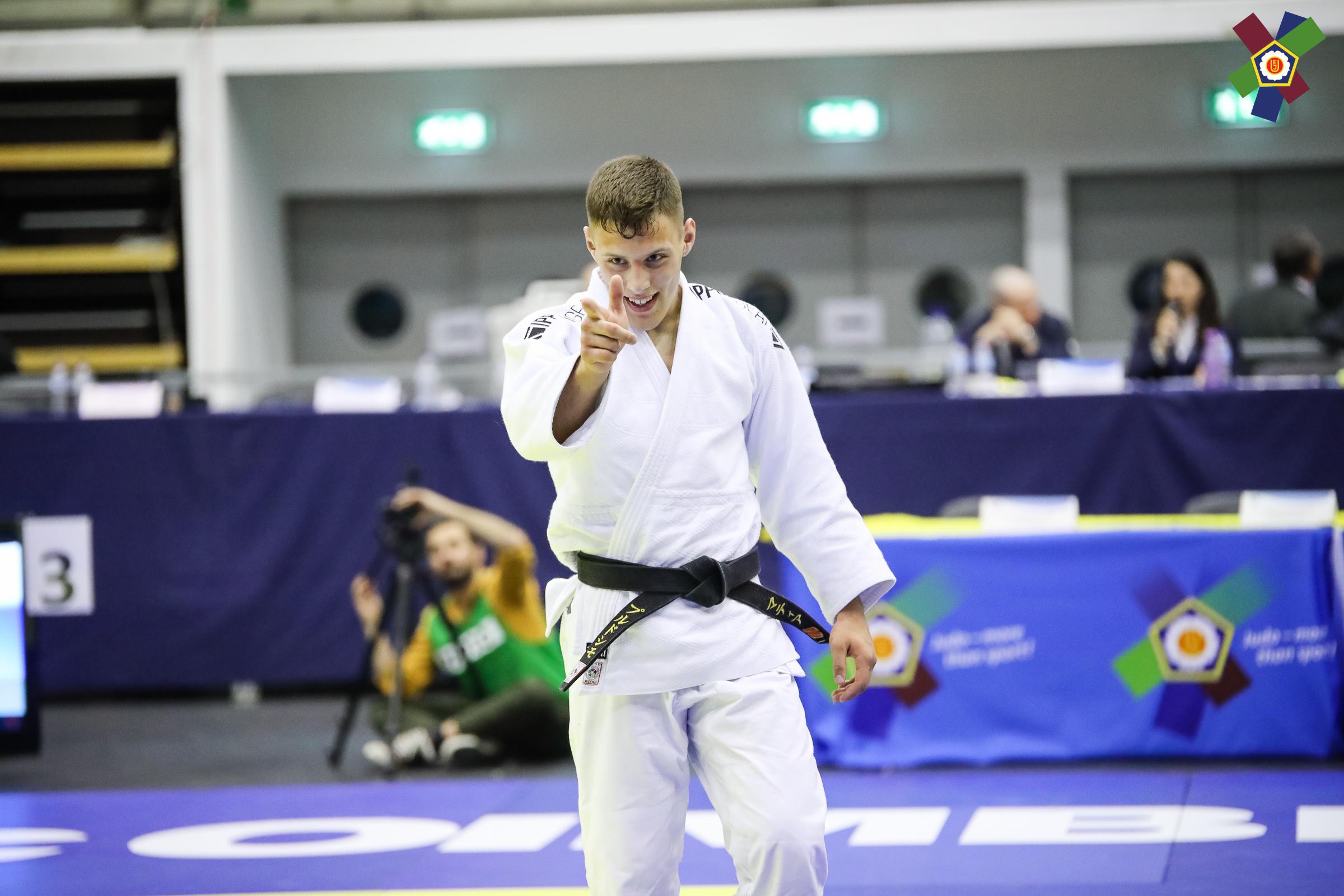 This weekend, the first Junior European Judo Cup of the year was held - The traditional Coimbra European Cup in Portugal. A successful weekend for the Ippon Gear athletes, where six athletes from four different nations managed to take a medal - For three of these athletes, this was their first European Judo Cup medal in the Junior division.

First and foremost, there was a gold medal for Italian Mattia Prosdocimo in the category under 73 kg. Prosdocimo showed a great performance and in the end of the day, the former Cadet European Championship medalist could be happy about picking up his first gold medal in the Junior division.

In the same category Samuel Gassner of Austria managed to pick up a bronze medal. Gassner, as well, had a very strong performance on the day and only lost out to the later gold medalist Prosdocimo in the preliminary rounds. The category under 73 kg was highly competitive and Gassner won not less than six fights in order to secure his first ever European cup medal in the Junior division.

In the category under 81 kg, Mikulas Mesko of Czech Republic could also pick up his first Junior European cup medal - a silver medal. The Czech showed good judo throughout the day and won all of his preliminary contests with Ippon. Only in the final, Russian David Karapetyan proved to be slighty stronger, but a great performance from the young Czech.

Also, another Czech made it to the final; namely Vera Zemanova who could pick up a silver medal in the -57 kg category. A good start into the season for Zemanova, who is one of the more experienced athletes in this category. 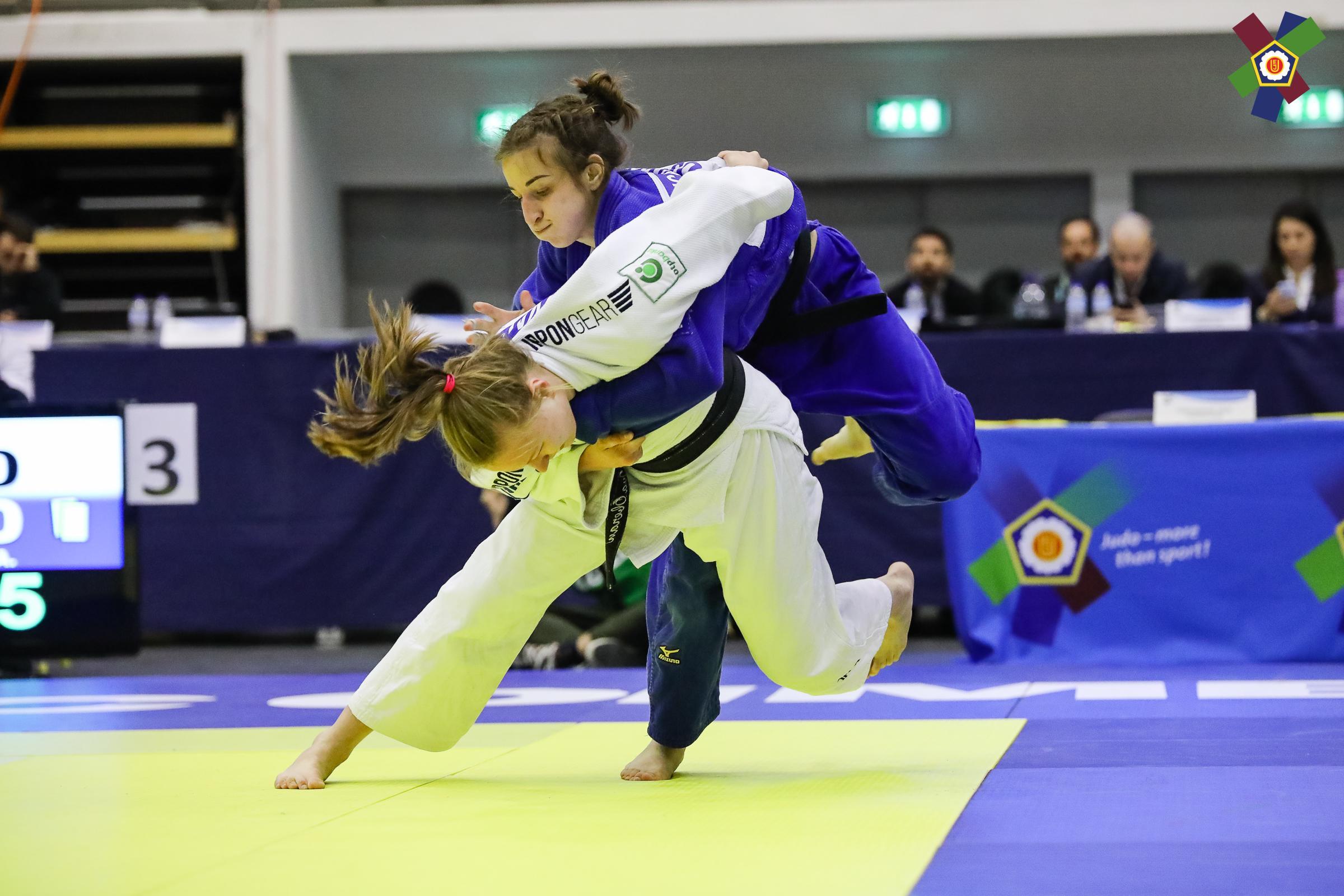 In the -63 kg category there was a silver medal for Iva Oberan of Croatia. Oberan, who previously was very successful in the category under 57 kg, moved up to the -63 kg category this year, but already had her first test in her new weight division last weekend, where she picked up a bronze medal in the senior European cup in Uster, Switzerland. Oberan had a really good performance on the day and powered through all competition in the preliminary rounds, winning all of her contests by Ippon. Only in the final, a small slip cost her the victory but another good result for the Croatian who seems to gain ground in her new weight division very fast.

In the same category, also Kristyna Polaskova of Czech Republic ended her day with a 7th place.

In the category under 78 kg, a bronze medal went to Patrunjela Pavic, also from Croatia. Pavic, as well, had a good performance and only lost out to home favourite Patricia Sampaio of Portugal in the semifinal. In the bronze medal match, Pavic came back strongly to claim the bronze medal in style - with Ippon.

In the category under 90 kg, Moritz Hoellwart of Austria just missed out on a podium spot and finished his day with a 5th place. Hoellwart made it all the way to the semifinal after three wins by Ippon but in the end of the day had to settle for a 5th place. An unfortunate finish to a good day for the young Austrian, who nevertheless can be proud of having made it to the final block at a European Cup for the first time ever.

In this category, also Martin Bezdek of Czech Republic managed to finish with a 7th place.

Congratulations to all medalists on a good tournament - Great to see youngster as Gassner and Mesko make such a fast transition from the Cadet to the Junior division as well as seeing more experienced athletes like Zemanova and Oberan continiously making it to the podium.

Next challenge for the Juniors will be the Junior European cup in Athens, Greece from the 23-24 of March - Stay tuned.