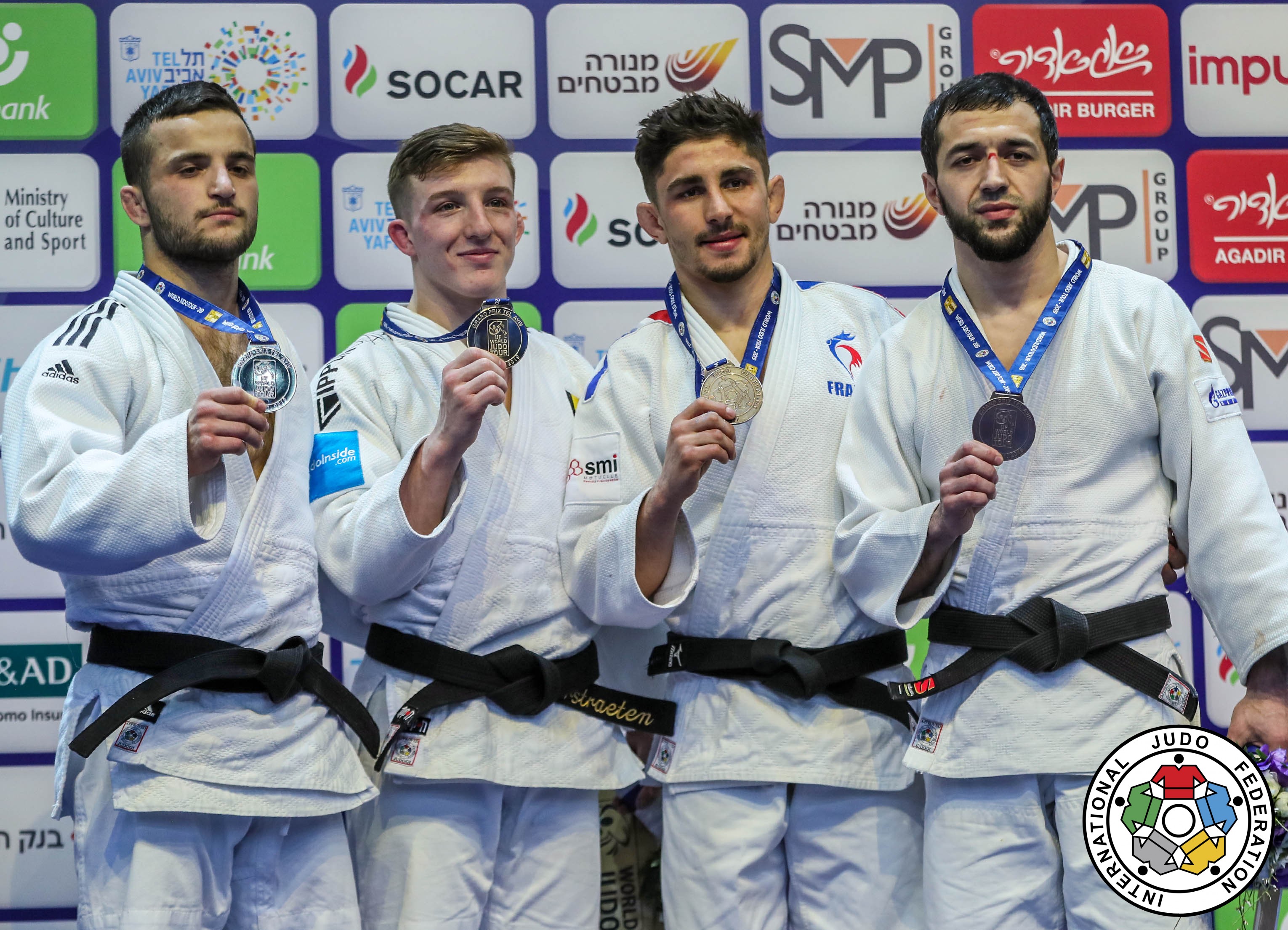 The first competition of 2019 was held from the 24-26th of January in Tel Aviv, Israel. After a spectacular European Championships in the same city last year, the expectations for the competitions were high and the Grand Prix definitely met the expectations. 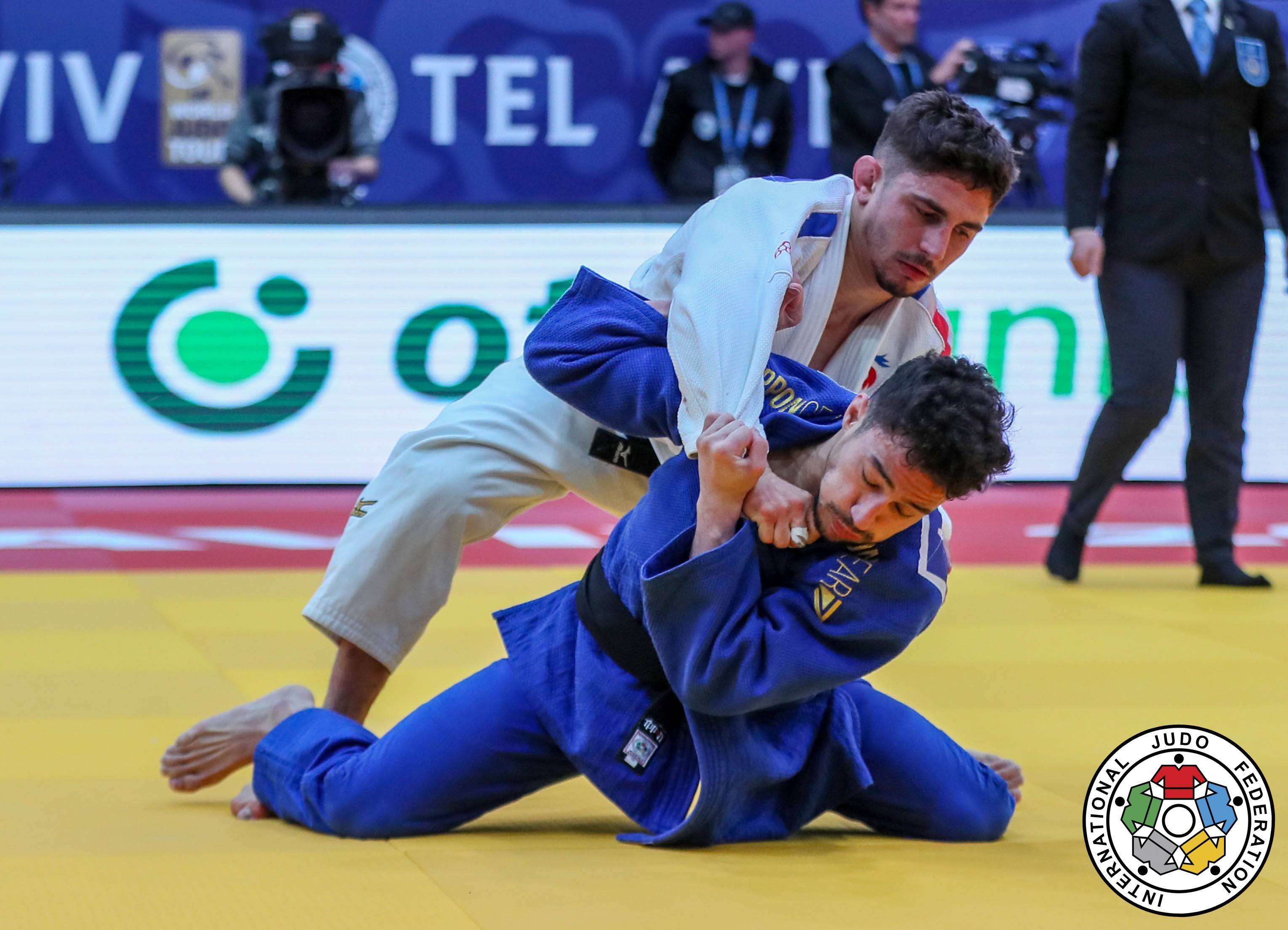 The atmosphere in the hall was nothing but amazing with a hall full of spectators that did not only cheer for the Israel but showed compassion for all of the athletes. The first Olympic qualification event of 2019 showed to be a successful one for the Ippon Gear team and especially the youngsters showed that they are also capable of fighting for the medals.

On day one of competition, we saw Jorre Verstraeten of Belgium fight his way to his first Grand Prix final which he won and could step on top of the podium at the end of the day. The Belgian has been improving a lot in the last year and we saw him move closer and closer to the medals with multiple top 7 finishes and we are so happy to see him on top of the podium at the season opener. A promising start to the new year!

In the same category we saw Ashley McKenzie of Great Britain progress throughout the day however he just landed outside of the podium and had to settle for a 5th place. But we know he has more to give and we can’t wait to see him showing it soon. 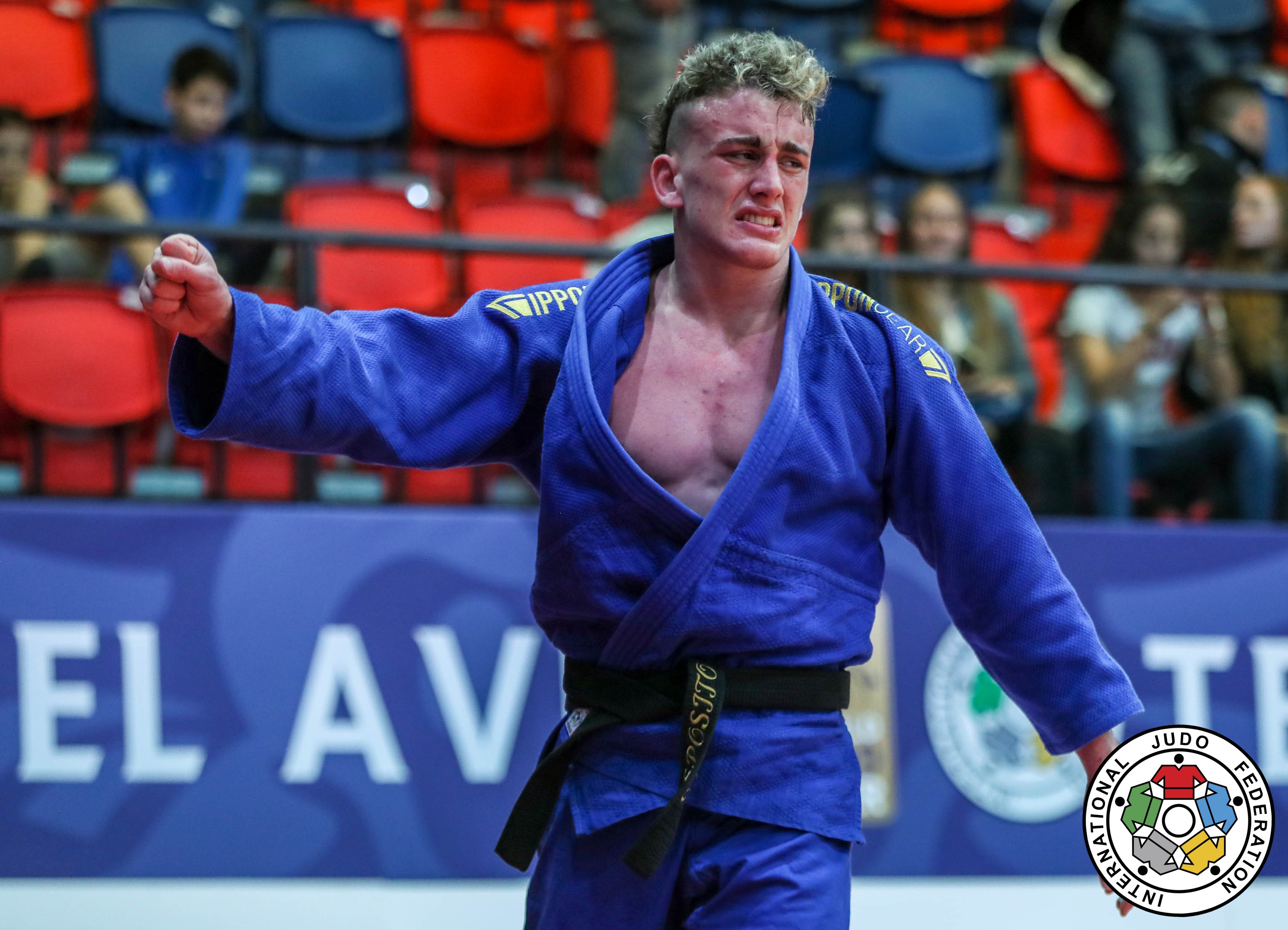 The Italian youngster Giovanni Esposito gave the crowd a show as he took out World Bronze medalist Hidayet Heydarov by throwing him not only once but twice in just two minutes. He fought his way through each fight showing tremendous judo and after five fights he was ready to fight in the final where he lost out in a close match. However, this is his first official year as a senior and he starts out the year with a first Grand Prix medal and we know there is more to come for him. 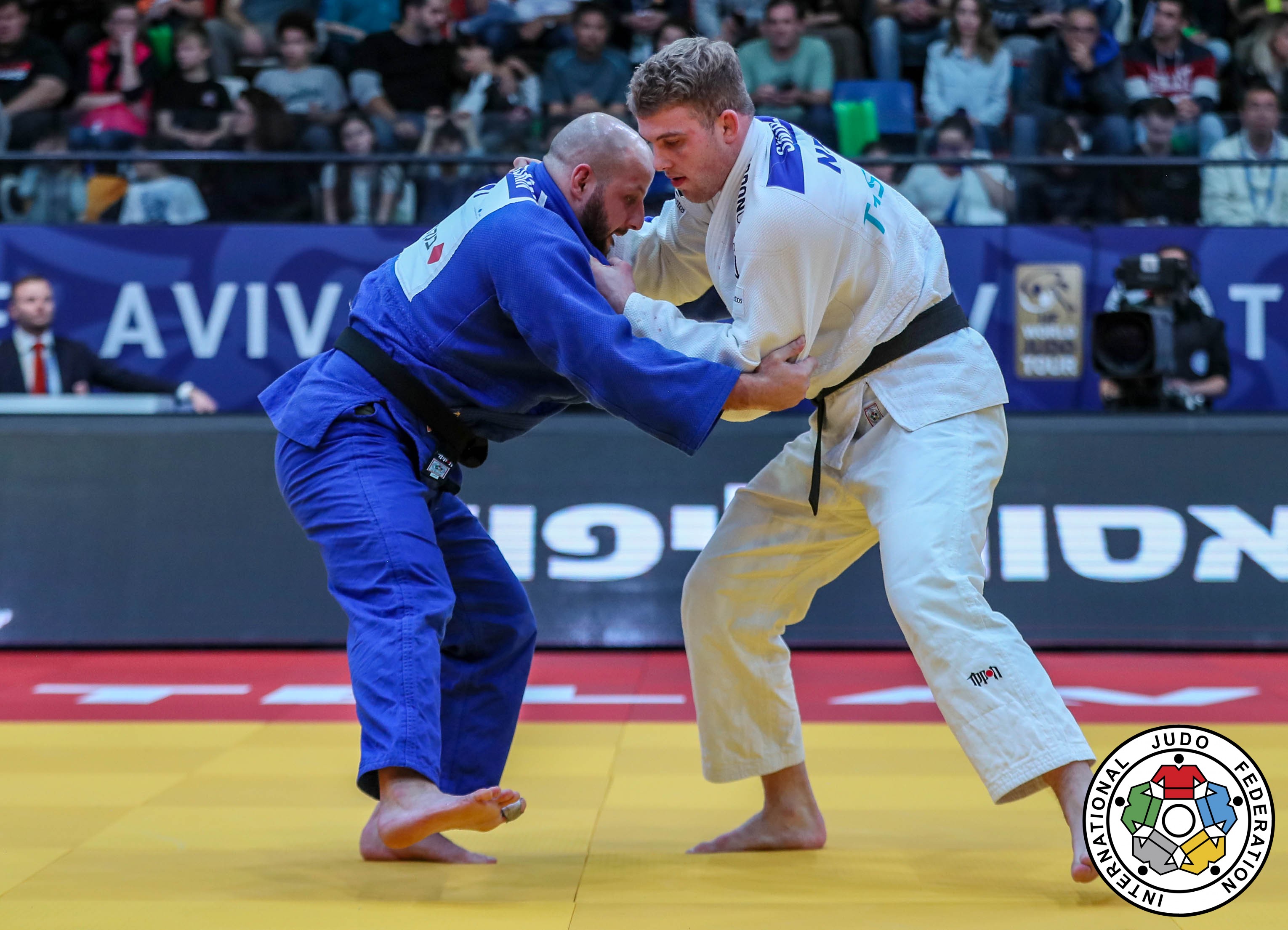 Also, in the -100 kg weight category there were an Ippon Gear clash as Grigori Minaskin from Estonia had to fight youngster Jelle Snippe of the Netherlands in the bronze medal match. It was Minaskin who came out on top and could end his day on the podium. Snippe had to settle for a fifth place but nevertheless a very good performance for the youngster.

Under 57 kg Hedvig Karakas also made it to the bronze medal match where she narrowly lost out and had to settle for the fifth place. However, a good start to the year and we know she can do more. 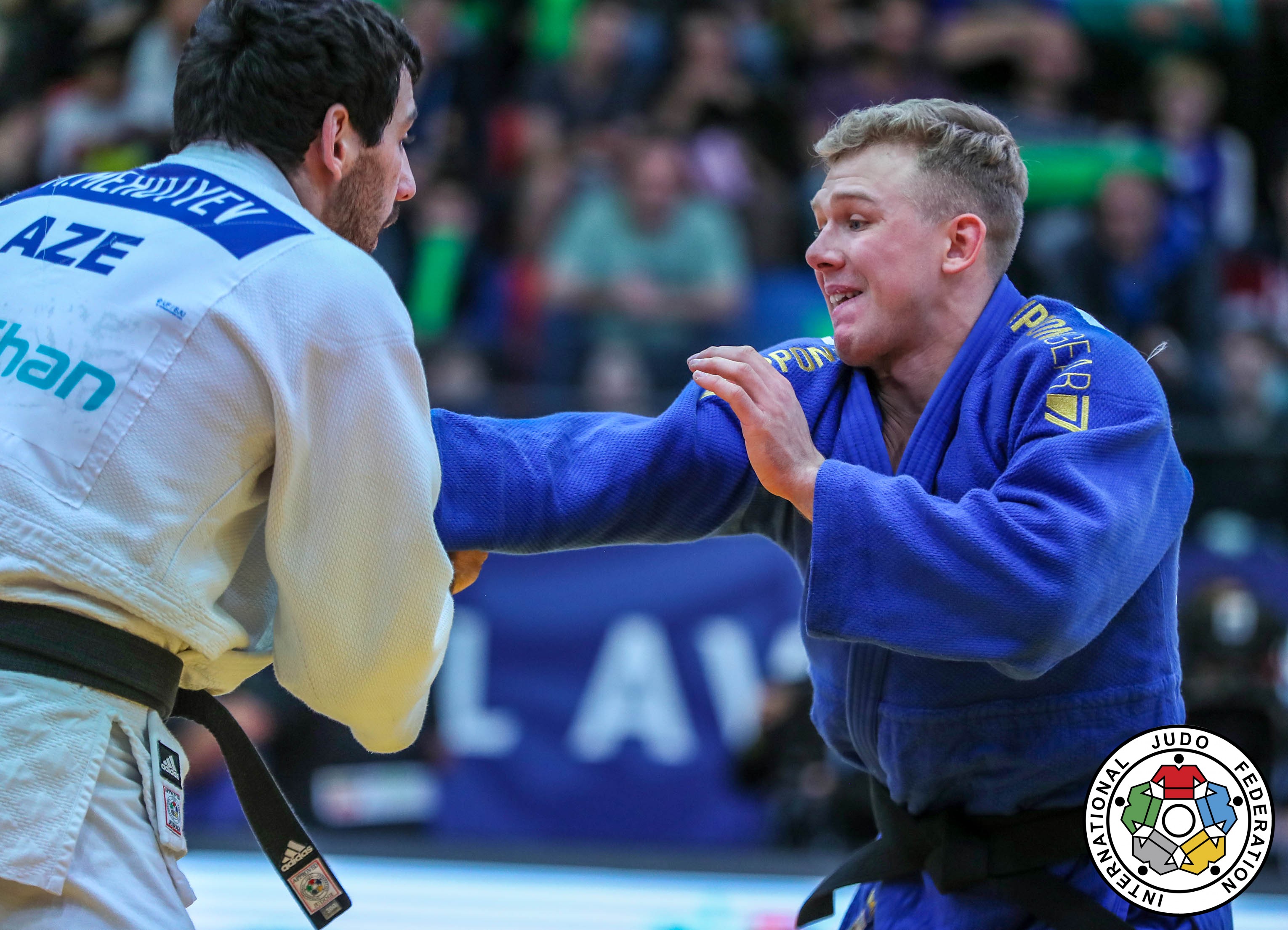 Further, Emilie Sook of Denmark made it to the bronze medal match in the -70 kg weight category. She lost out in golden score in a very close match and had to settle for a fifth place but the potential she is showing is big and we know she has more to give. In the same category, Barbara Matic finished on a 7th place, also a good performance for the Croatian.

In -90 kg there was another fifth place finish for Estonian Klen Kristofer Kaljulaid who reached his first Grand Prix medal match and showed that he can battle against some of the best. 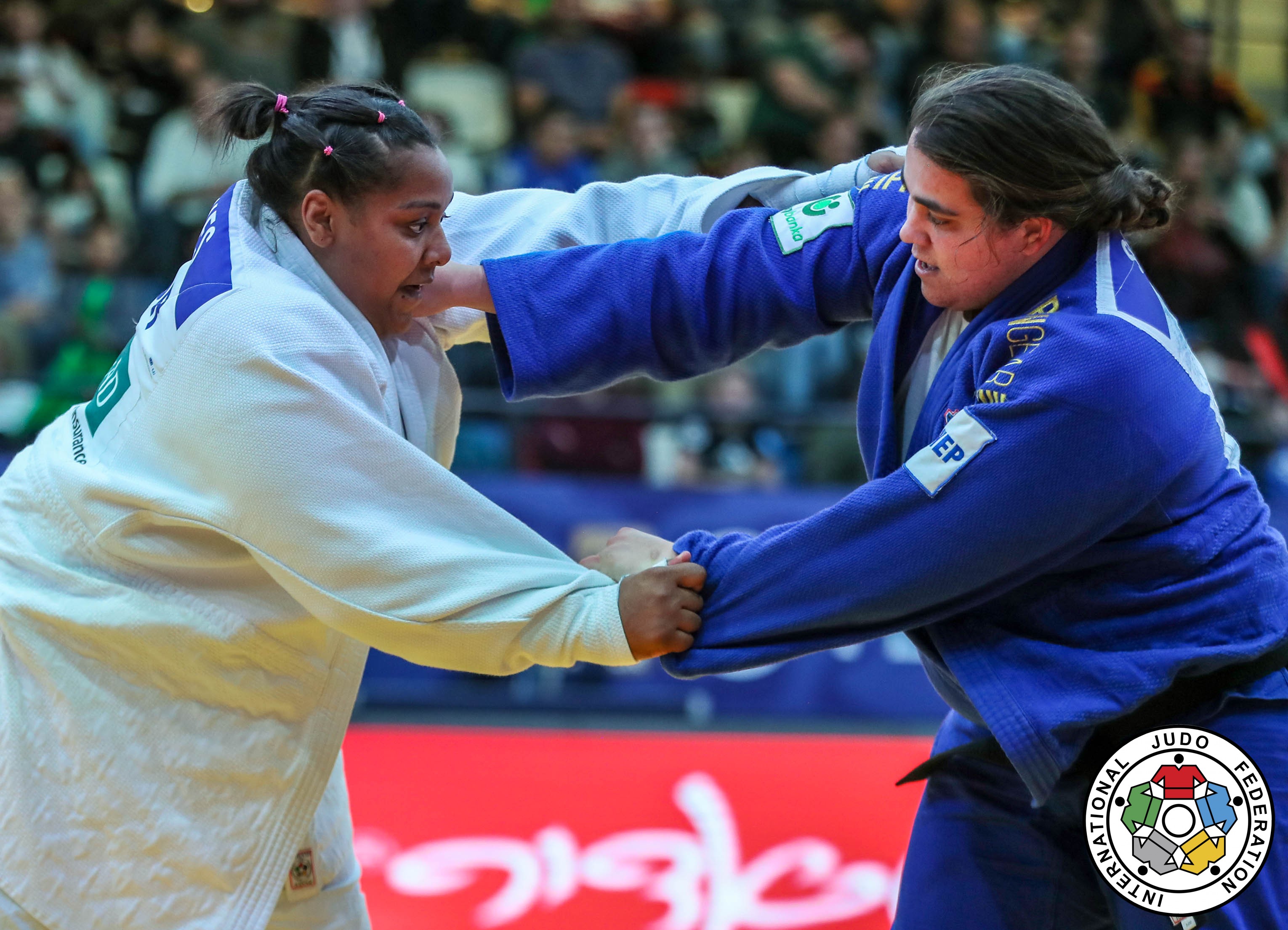 Also in +78 kg Ivana Sutalo finished on a good fifth place while her team mate Ivana Maranic finished on a 7thplace and both of them picked up some good points for the Olympic Qualification.

All in all a really good first tournament for the Ippon Gear team and some important points to the Olympic Qualification for many of the athletes. Next up is the prestigious Grand Slam in Paris in 2 weeks time where a big Ippon Gear team will be competing for the medals and even more points to grasp.